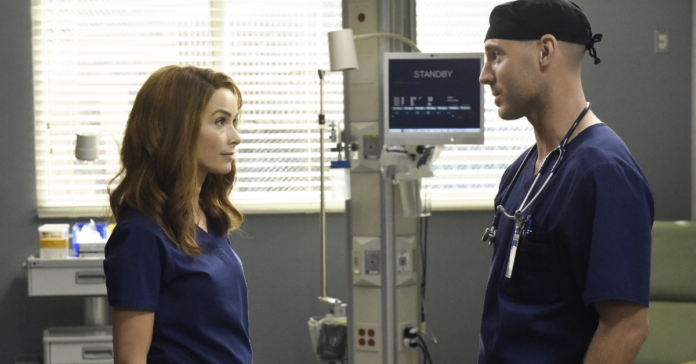 Grey’s Anatomy”season 18 is back with a new episode on US broadcaster ABC. In “Bottle Up And Explode!” An explosion causes a stir at the Gray Sloan Memorial.

Grey’s Anatomy season 18 has returned to US broadcaster ABC with a crossover episode with spin-off “Seattle Firefighters.” A tragic loss awaits the firefighters, which also affects Miranda Bailey’s life.

That’s How The Episode Started.

“Bottle Up And Explode!”, Episode 5 of season 18, starts with Winston and Cormac preparing Farouk for his secret surgery. But then there is an explosion. Megan rushes to the operating room to be with her son.

Cormac calms her down while Farouk’s surgery is finished and Teddy has to take care of Owen, who had a PTSD flare-up.

In Minnesota, Meredith and Amelia receive research assistance from Tom Koracick. David doesn’t like that at all because Tom slept with David’s daughter. Meredith and Nick also meet for dinner. It crackles a lot, and there is even a passionate kiss. The chemistry between Kai and Amelia is also correct; they write notes in the laboratory. But Kai admits to being married to the job.

And then a Bang!

At the end of the episode, firefighter Vic, who was electrocuted, is taken to the Gray Sloan Memorial. An ambulance also takes the dead Dean Miller to the hospital. Upon arrival, Bailey fears that something has happened to her husband, Ben. Ben is fine, but he promises his friend Dean that he will take care of his daughter Pru ​​if something should happen to the single firefighter. So Bailey and Ben now have a daughter.

Considering how season 18 has been on the air for so long, that’s a brilliant move. Grey’s showrunner Krista Vernoff, who took the reins from Shonda Rhimes in Season 14, revealed. And the Hollywood Reporter said in March that the storyline could go either way. “I’m planning a brand new upcoming season and a finale that could work out like this, the season finale or the series finale,” Vernoff said. “I plan for both contingencies, and it’s tough, and it’s not ideal. It’s not where I wish we were.”