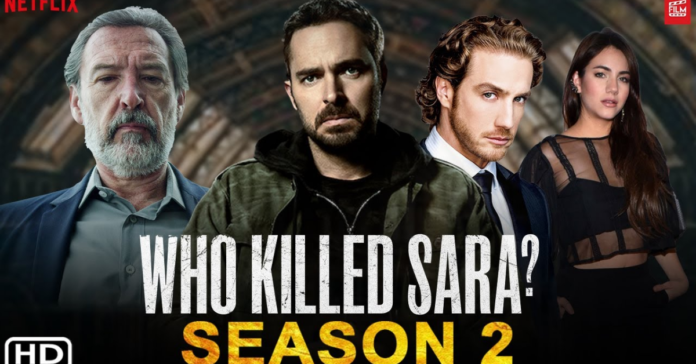 The series “Who killed Sara” will be back on Netflix with Jean Reno in the cast! We’ll give you more details.

Who Killed Sara Season 2 Is Back on Netflix

If you are a fan of the Who Killed Sara series, we have good news for you. Indeed, your favorite show will soon be back on Netflix with a brand new season. More than six months after the foray of season 2 of the Mexican series, Netflix has confirmed its return with a 3rd season. The date of its release is still not set at the moment.

It must be said that the series Who Killed Sara was very successful. Indeed, after uploading its first season in March 2021, fans had the chance to discover a season 2 a few months later.

Indeed, the second season of the series has been available on the streaming platform since May 2021. The actor Manolo Cardona then confirmed a season 3. But the streaming giant had nothing formalized yet. Henceforth, it is therefore done. So it’s official. Who Killed Sara series will be back with a new season. It seems that Mexican fiction has not finished revealing all its secrets to us.

It is also in a Twitter post that the streaming platform announced the news to fans. “Jean Reno+ Who killed Sara? = season 3″ could we read. An obvious message.

As we suspected, the series Who killed Sara will therefore be back with a season 3. As a reminder, the end of season 2 ended with the confessions of Marifer.

She revealed the fact that she had killed Sara by cutting the straps of her parachute. But she wasn’t the only one linked to this murder. Indeed, the last minutes of season 2 of the Netflix series reveal that Nicandro was talking on the phone with the psychologist.

“No one has to know that we are behind this. “He said. This sentence on which season 2 of Who Killed Sara ends already gives us a lot of theories on the sequel.

The new season of the Netflix series, therefore, has some pleasant surprises in store for us. Starting with the French actor Jean Reno who joins the cast. But for the moment, we do not know more about the role he will play in the Mexican show.

No release date has yet been set. But be aware that the filming of the Netflix series has already started. On October 17, Leche Ruiz, the director, announced filming on his Instagram account.