She-Hulk: Is It Connected To Shang-Chi! 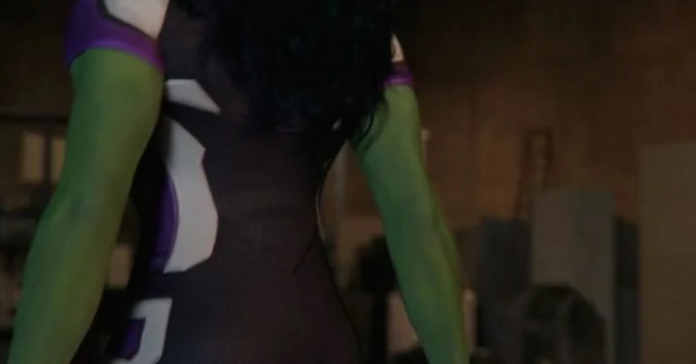 A leak on “She-Hulk” reveals that the Disney + series will solve the mystery of the credits scene from “Shang-Chi and the Legend of the Ten Rings.” Warning, spoilers!

A leak on the new Disney + series “She-Hulk” reveals that there was probably a test screening of the first four episodes. These are not yet finished, but some content-related information has already leaked to the public.

Should we trust the statements of a Reddit user, then the first season of “She-Hulk” could solve the mystery of the scene after the credits of “Shang-Chi and the Legend of the Ten Rings.” So if you haven’t seen “Shang-Chi” yet, you should beware of spoilers!

According to the leak, the new series from the Marvel universe begins chronologically according to Shang-Chi. “Bruce Banner (Mark Ruffalo) can be seen in human form and not as a smart hulk as in ” Avengers: Endgame. ” In “Shang-Chi,” many fans were amazed at Banner’s human appearance.

Banner tries to become a Smart-Hulk again during “She-Hulk.” Because the reason for his transformation back into his human form is said to be related to the rescue of his cousin Jennifer Walters (Tatiana Maslany).

Walters desperately needs a blood transfusion in the comics, and Bruce is the only one on hand. But Bruce’s blood turns Jennifer into She-Hulk. In the series, this probably also ensures that Banner is transformed back into a person. How exactly the transfusion will play out in the series is unclear.

Maslany should also be seen continuously as She-Hulk and not only transform when there are outbursts of anger. This is comic-accurate.

She-Hulk: That’s what the leak reveals about the Storyline!

While Banner saves his cousin’s life and gives up as an intelligent hulk, Jennifer Walters doesn’t trust Bruce. The young lawyer is involved in a lawsuit involving Emil Blonsky’s alias Abomination (Tim Roth), in which Wong (Benedict Wong) is said to be an essential witness for Blonsky.

Since Bruce, as an Avengers member, works with Wong, Walters’ enemy in court, to become Smart-Hulk again, she is skeptical. The show’s main antagonist is Jameela Jamil as Titania, who leads the “wrecking crew” who rob jewelry stores.

The Emil Blonsky case revolves around Abomination, who is still a state prisoner, and should be released. However, Jennifer doesn’t know why the villain from “The Incredible Hulk” should be removed. Julia Louis-Dreyfus returns as Val from ” The Falcon and The Winter Soldier ” and takes on the case for Blonsky.

This consolidates the theory that Val is assembling his superhero troop (or supervillain troop?). So far, she has been able to round up Yelena Belova as the new Black Widow (Florence Pugh) and John Walker as the US agent (Wyatt Russell). Fans assume that she gathered the ” Thunderbolts ” from the comics.

“She-Hulk” is a comedy series, and every court case is supposed to happen in real-time. Whether it will be like in the series ” 24 “, that the events take place in real-time, is rather unlikely with a Marvel series. Still, it could be pulled off as a gimmick for some episodes.

A release date for “She-Hulk” has not yet been set. However, the series is announced for 2022, like many other Marvel novelties. At the end of this month, ” Hawkeye ” will start with Jeremy Renner and Hailee Steinfeld in the leading roles, and Marvel’s ” Eternals ” will be in theaters.