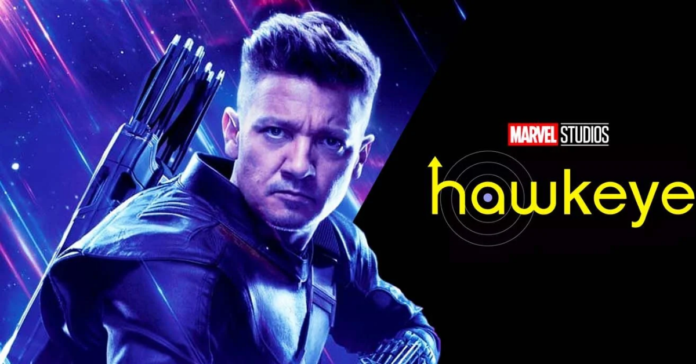 The real villain in “Hawkeye” has not yet been revealed. Is it Echo, is it Jack, is it Yelena? We think it’s Kate’s mother, Eleanor.

The new superhero series “Hawkeye” has released streaming on Disney +. While Jeremy Renner as Clint Barton takes on the role of the protagonist together with Hailee Steinfeld as Kate Bishop, things seem less clear on the antagonist front.

With Alaqua Cox as Maya Lopez alias Echo, the leader of the tracksuit mafia has been introduced. Still, since a superhero spin-off will come with ” Echo “, she is not a permanent villain. Yelena Belova (Florence Pugh) from ” Black Widow ” will also appear on the scene for a while.

With Kate’s stepfather Jack Duquesne, we also do not have a prominent opponent. However, so far, the Marvel Cinematic Universe series have been less focused on introducing the villain. Most of the time, the real puller was introduced in the later episodes, and why should that change here?

The role of Kate’s mother, Eleanor, is played by ” Conjuring ” star Vera Farmiga. She is a well-established figure in Hollywood, so it seems unlikely that the role of mother will turn out to be the same as in the comics. After all, it plays a subordinate role there.

Since the Marvel villain Madame Masque is to appear in the series, many fans now assume that Vera Farmiga plays the role and thus Kate’s mother is the real villain. And there is a lot to be said for it!

In the first episode, we have a scene where Eleanor messes with Armand III, and he is distraught. He addresses this to Jack. So there is a secret about Eleanor, and someone like Armand III, who is involved in the criminal underworld, is certainly not worried about an “ordinary” woman for no reason.

She could also be responsible for Armand III’s murder. Jack is the prime suspect, but in the end, it wasn’t Jack who had a problem with Armand III. It was Eleanor. With a sword from Jack, exhibiting it all over the apartment, it is no problem for Eleanor to find a weapon either.

Linking the roles of Eleanor and Madame Masque is not that far-fetched. They also share a common history in Marvel Comics. There, Kate thinks her mother is dead for most of her life, but it turns out she isn’t.

But what is your plan? It is unclear. In the comics, it turns out that Kate’s father had connections with the criminal underworld of New York City. Should Eleanor have it too, Kate’s whole family could be brought

much closer to the Mafia than previously thought. The Mafia theme in the series also makes the return of Wilson Fisk from the Netflix series ” Daredevil ” more likely. We’ll know more soon.

Not only that, she is a client for Madame Masque and puts this on Kate. A tragic turn for Kate. This could now be changed in the Disney + series so that Eleanor slips into the costume of Madame Masque herself.

The new episodes appear in the Disney + news program every Wednesday. We’ll tell you which Marvel innovations await you in the cinema and at Disney + in the next few years. ” Spider-Man: No Way Home ” starts in December.