Home Entertainment Yona Of The Dawn Season 2 Release Date: Renewed or Cancelled in... 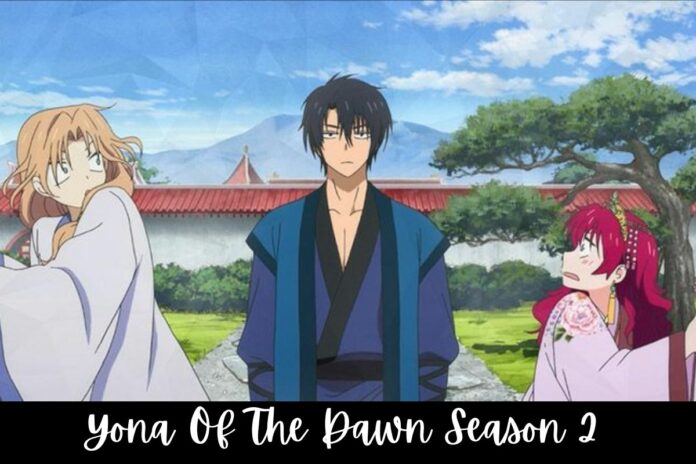 It’s been several years now since fans of the anime “Yona of the Dawn” (“Akatsuki no Yona”), based on the manga by Mizuho Kusanagi, started wondering if the one-season series (so far) will get a renewal. The show ran in 2014-2015 for 24 episodes and had three original video animation specials (OVAs) going into 2016, but hasn’t been seen since.

The story is a shoujo anime, targeted to female viewers, about the red-haired only princess of Kouka and daughter of the pacifist King II. Forbidden to marry her crush Su-Won, the son of her father’s brother (who does not feel the same way), she doesn’t realize her kingdom is about to experience a violent political coup — at the hands of Su-Won.

This causes her to run away with her friend Son Hak, learning the unsavory truth about the kingdom she thought was flourishing. This leads her to a search for the legendary Four Dragon Warriors in a bid to win back her father’s kingdom, and gets her into adventures that involve pirates, human trafficking, and more.

Here’s what you should know about a possible second season.

Is There A Release Date Of Yona Of The Dawn Season 2?

There is no word yet on a future second season for “Yona of the Dawn.” While its not terribly unusual for anime series to have multiple year-long hiatuses, Studio Pierrot, which produces the series, has waited an awfully long time to announce any change in the series’ status.

The Kunamoto earthquakes in 2016 apparently derailed creator Kusanagi’s work for a time, according to a post she made on Twitter, which did not help — but that was five years ago. Although some people still expect the show to be renewed fairly soon, based on the fact that there’s plenty of source material in the 34 volumes of the manga that currently exist, along with decent ratings, the site Anime Next Season believes the series is done, thanks to lackluster merch sales and the fact that the show’s social media sites are no longer promoting the show.

The longer the anime goes without a renewal, the lower its chances of returning. TV Season & Spoilers said over a year ago that if a renewal wasn’t forthcoming by 2021 or 2022, fans should give up hope.

And even in the unlikely event that a renewal is announced this week, it would still take the better part of a year for the show to return to the air. Sounds like time is running out, unfortunately.

What Is The Plot Of Yona Of The Dawn Season 2?

As with many anime shows, the plot of “Yona of the Dawn” Season 2 is expected to follow that of the manga. The first season covered the manga’s first eight volumes, while the OVA covered all of Volume 18.

In the second season, which would be based on additional chapters of the books starting with Volume 9, Yona and the dragons will get ready for battle against Su-Won and his allies and save the kingdom.

But of course, that isn’t going to be easy, and in the meantime, Yona and her friends must deal with taxes, bandits, a Fire Festival and other incidents while Su-Won makes war preparations. If the series follows the manga closely, fans will see a focus on the White Dragon, Kija, and get a flashback-style look at the childhood hijinks of Yona, Su-Won, and Hak, which shaped who they are today.

Who Is In The Cast Of Yona Of The Dawn Season 2?

The first season of “Yona of the Dawn” can be seen on Hulu in either its dubbed (voice dubbing by American actors) or subbed (subtitled) versions. The series happens to have a very good English dub, which features experienced voice actor Monica Rial as the title character, Yona herself. Christopher R. Sabat playes Son Hak, while Clifford Chapin plays Yun, Micah Solusod plays Su-Won, and Ian Sinclair plays Gija.

It’s difficult to know what might happen with such a long hiatus between seasons, but there wouldn’t be any major changes expected to the voice cast. If there is, an actor would probably simply be replaced by another available voiceover artist. However, it’s still too early to know what kind of casting issues might be the case with this particular series if it returns. Hopefully, fans will hear soon one way or the other.\

Yona Of The Dawn Season 2 Trailer