Home Entertainment The Worst Witch Season 5 Release Date: Is This Series Coming In... 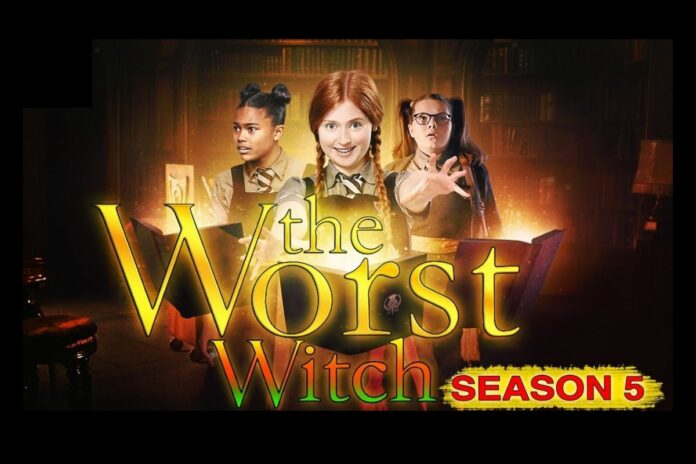 Although every new fictional tale about witches and wizards may seem derivative of “Harry Potter,” the world of fantasy was a rich place long before we met the boy who lived. “The Worst Witch” is a great example of the ways that children’s fiction was exploring fantasy in the pre-Potter era. The series of novels was first published starting in 1974 and has been adapted a number of times over the years since.

The most recent adaptation is still running and is a co-production between the CBBC, ZDF, and Netflix. The series tells the story of a group of witches who attend Cackle’s Academy. Unlike “Harry Potter,” the series is much less intensely serialized and has remained more kid-friendly throughout the course of its run.

Since its debut in 2017, “The Worst Witch” has picked up a dedicated following on Netflix in the U.S. and elsewhere in other countries. Now, many are curious about when a fifth season may become. Here’s what we know about “The Worst Witch” Season 5.

When Is The Release Date For The Worst Witch Season 5?

Throughout its four seasons, “The Worst Witch” has hinted at what could be a fifth and final season. The girls at Cackle’s Academy have occasionally made reference to the fact that students typically graduate around their fifth year, instructing them from the time they turn 11 or 12 until they’re about 16 or 17.

It would make sense, then, for “The Worst Witch” to return for at least one more season. As of yet, though, Netflix and CBBC have not announced whether the show will actually be returning or not. Like many shows, “The Worst Witch” is stuck in limbo thanks in part to the COVID-19 pandemic.

Typically the show begins airing a new season in January, which means the fifth season would have premiered in January of 2021, and hit Netflix later in the year. The show didn’t manage to hit either date, and it’s unclear when it might return.

Who’s In The Cast Of The Worst Witch Season 5?

Because the show has not been officially renewed, there have been no announcements as to who will be in the cast. The show has followed Mildred Hubble, played by Bella Ramsey of “Game of Thrones” fame through its first three seasons, and then by Lydia Page in the fourth season. In addition to Page, the show also stars Clare Higgins, Raquel Cassidy, Meibh Campbell, Megan Hughes, Tamara Smart, and Jenny Richardson.

A large portion of the cast would likely be back for the show’s fifth season, whether that winds up being the last or not. “The Worst Witch” has introduced new characters and promoted background players throughout its run, but the core cast has remained largely the same since the beginning, even if certain characters had to be replaced by new actors. If the show does return, fans will likely see plenty of familiar faces.

What Will Be The Plot Of The Worst Witch Season 5?

Although the show has not been officially renewed, there are plenty of ways to speculate about what could come in the fifth season of “The Worst Witch”. Unlike something like “Lord of the Rings” or “Harry Potter,” the conflicts on “The Worst Witch” are typically less than apocalyptic.

In its fifth season, the show would likely focus on how the students at the show’s center are dealing with their impending graduation, even as they continue to fall into a cauldron full of problems, some of a magical nature and others that are normal parts of growing up.

“The Worst Witch” provides a magical twist on the coming of age tale, but fundamentally, it’s a story about a group of young women who are trying to find their place in the world. They argue and they fight and they learn what it means to become an adult. Unlike normal people, though, they also have to figure out how to add magic to the mix.