Home Top Stories Marvel: Every Project That Will Arrive In 2022 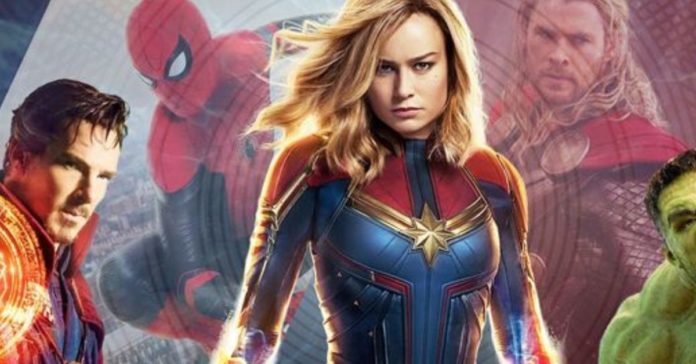 2021 is now over, and it’s time to look ahead and find out what movies and TV series Marvel will propose for 2022. Disney + is ready to introduce us to many new characters, while at the cinema, the MCU will continue the stories of some of the most beloved heroes. As for Sony’s Spider-Verse, we will meet Morbius and meet Miles Morales again.

But here is all the Marvel news coming in 2022.

2022 will open with the film Marvel of Spider-Verse Sony, Morbius. The film stars Jared Leto, who plays biochemist Michael Morbius, who, suffering from a rare blood disease, tries to heal himself. He inadvertently becomes infected with a form of vampirism.

This is the third film in Sony’s Spider-Man Universe after Venom in 2018 and its sequel in 2021. It is unclear whether the story will be linked to Tom Holland’s Spider-Man or Tom Hardy’s Venom.

Doctor Strange in the Multiverse of Madness

In May 2022, we will see the first Marvel Cinematic Universe film of the year, namely Doctor Strange 2. This is the sequel to Doctor Strange (2016) and stars Benedict Cumberbatch as Stephen Strange.

After the events of Spider-Man: No Way Home, the first season of Loki and WandaVision, Stephen Strange continues his search for the Time Stone. But an old friend, turned enemy, intends to destroy every sorcerer on Earth, ruining Strange’s plans and pushing him to unleash an unmentionable evil unintentionally.

The second MCU film of 2022 will be Thor Love and Thunder, directed again by Taika Watiti, and starring Chris Hemsworth. It will be released on July 8, 2022. This fourth film dedicated to the god of thunder does not yet have an outlined plot, although we know that the Guardians of the Galaxy will be present.

Spider-Man: Across the Spider-Verse (Part One)

In October 2022, the second chapter of the animated film Sony and Marvel Spider-Man: Into The Spiderverse will be released, entitled Spider-Man: Across the Spider-Verse (Part One).

The plot reveals that Miles Morales / Spider-Man will embark on a multiverse adventure with Gwen Stacy / Spider-Woman, Miguel O’Hara / Spider-Man 2099, and a new team of “Spider-Men” to face a powerful enemy.

The last Marvel movie of 2022 will be Black Panther 2, titled Wakanda Forever. Following the untimely passing of Chadwick Boseman, the character of T’Challa will not make a return in this film, which will instead focus on the inhabitants of Wakanda.

Waiting for a plot, we confirm that Letitia Wright, Lupita Nyong’o, Winston Duke, Angela Bassett, and Martin Freeman will reprise their roles. Filming began in June 2021, and the film will release in November 2022.

The Guardians of the Galaxy Holiday Special

This Marvel special coming in 2022 is set between the events of Thor: Love & Thunder and Guardians of the Galaxy Vol. 3. The cast is expected to return Chris Pratt, Dave Bautista, Karen Gillan, and Pom Klementieff. It is unclear whether there will be Zoe Saldana in the role of Gamora.

Among the Marvel TV series coming in 2022, we find Ms. Marvel, which will debut on Disney + in the summer of 2022. The story centers on the character of Kamala Khan / Ms. Marvel, played by Iman Vellani. Ms. Marvel is connected to The Marvels, in which the young actress will also be present.

Another Marvel TV series coming in 2022 is Moon Knight, starring Oscar Isaac. The plot centers around Marc Spector / Moon Knight but has not yet been revealed in detail. The cast also features Ethan Hawke, May Calamawy, Dina Shihabi, Gaspard Ulliel.

Also, in 2022, the Marvel She-Hulk series, starring Tatiana Maslany, will arrive on Disney +. Jennifer Walters / She-Hulk is a lawyer, cousin of Bruce Banner. Mark Ruffalo will also be present in the series. While waiting for an outlined plot, we know that the antagonist will be Titania, played by Jameela Jamil, and Tim Roth will return as Emil Blonsky / Abomination.