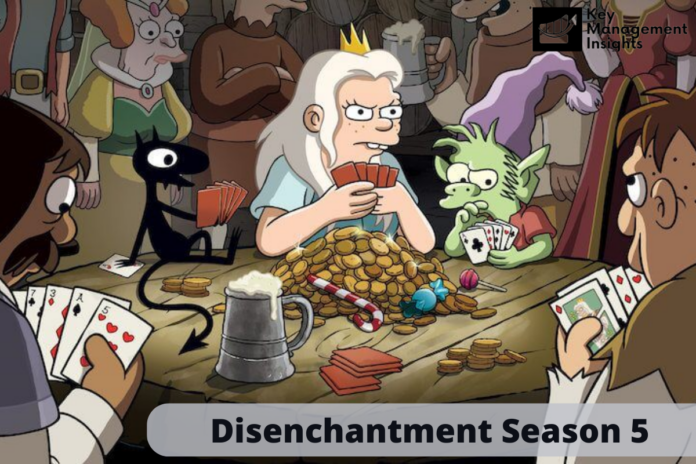 After the conclusion of Season 4 of Disenchantment on Netflix, viewers of Matt Groening’s fantasy animation will welcome the fifth season with open arms.

The streaming service has not announced whether or not the series has been renewed for a fifth season, but considering the number of unanswered questions and unresolved plot threads, it would be shocking if we didn’t return to Dreamland for more medieval mayhem.

Part five of Disenchantment promises to be the most illuminating to date, with many plot threads coming to a head and mysteries yet to be solved, and with several main characters once again in perilous circumstances.

The renewal of the show has apparently been put on hold for the time being. Season 4 of Disenchantment premiered only a few months ago, so hopefully, a renewal announcement for the show will be made soon. But until then, it’s tough to guess when Season 5 of Disenchantment will premiere.

Some of the voice actors from previous seasons may return for Disenchantment’s fifth run as narrators. Bean, played by Abbi Jacobson, comes first. Additionally, both Pendergast and Luci are voiced by Eric André.

Bean and her pals have another extraordinary experience in the fourth season. Bean is engaged to be married to Satan in hell at the beginning of the season, while Luci is trying to get away from paradise.

On the other hand, Elfo will do anything to get away from the ogres. Bean goes back to her hometown of Dreamland in a later episode, but her return trip turns out to be much different than she had anticipated.

But ultimately, she and her allies are able to make peace with King Zg. Even in her dreams, “Bad Bean” appears to Bean in the season finale.

If the show is renewed, Bean and her family may have more out-of-this-world adventures. The most comprehensive details regarding the upcoming season of this Matt Groening show are provided below.