Home Celebrity The 2022 Best of Fest Award Winners Have Been Announced by The... 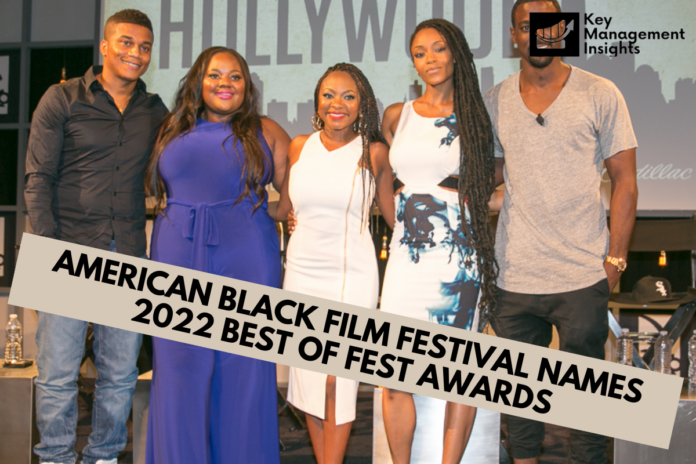 The American Black Film Festival has selected this year’s Best of ABFF award winners, with “Our Father, the Devil” and “Feel Like Ghosts” among the top accolades.

After two years of virtual programing, ABFF returned to Miami Beach for its 26th edition, with live events scheduled for June 15-19.

The 2022 winners were revealed by Emmy nominee Dondré Whitfield, who hosted the ceremony on the penultimate day of ABFF’s in-person program, with a virtual presentation of the event now available to view on its custom-designed online platform, ABFF PLAY, where the festival continues until June 30.

Awards Show Ratings Are Up. But Are They Really? Dakota Johnson Speaks Out on ‘Fifty Shades’ Battle Against E.L. James: ‘It Was Mayhem All the Time’. “Our Father, the Devil” was chosen as the best narrative feature at the festival and the film’s director, Ellie Foumbi, also got the John Singleton Award for a best first feature.

The film recounts an African immigrant’s calm life in a tiny French village as it is upended by the entrance of a charismatic Catholic priest, whom she identifies as the warlord who massacred her family.

The narrative feature award comes with a $2,500 prize, provided by Sony Pictures Entertainment, while Netflix gave the John Singleton Award, along with a $5,000 purse.

Filmmaker Kali Baker-Johnson won the best director and best screenplay prizes for her film “Feel Like Ghosts” (sponsored by TV One and Cadillac, respectively), which made its global premiere in the festival lineup.

The film concentrates on two recent exes with an undeniable connection as they confront what could have been if their cultural differences hadn’t propelled them to new lives on opposite coasts.

Sherif Alabede’s “Another Country” was selected as the main prize winner of the highly coveted HBO Short Film Award, which is now in its 25th year with the festival. Alameda received a cash award of $10,000, provided by Warner Bros.

Discovery, with each of the other four finalists taking home $5,000 apiece.

There’s still one award up for grabs, though, with the fan-favorite reward remaining to be selected by ABFF’s in-person and virtual audience. The winner of the prize, which is given by American Airlines, will be announced on ABFF’s social platforms on July 1.

The Jury Award Winners Are: Best Documentary Feature – “A Woman on the Outside”

The Talent Pipeline Program recipients are:

Prize: Role in upcoming ALL BLK Original series “Judge Me Not”