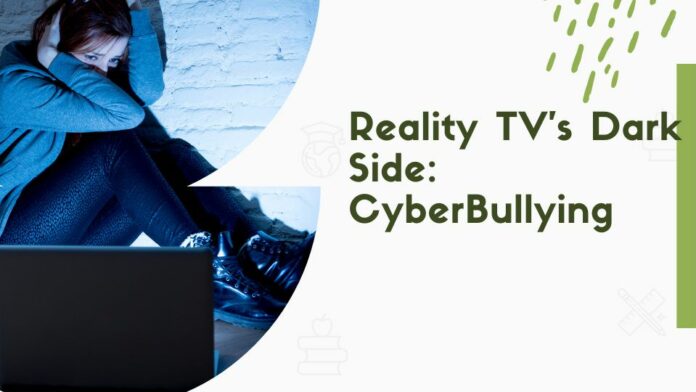 Is it time to be kinder, even when we’re encouraged to judge others? If reality TV has any lessons for us to learn, that’s probably the biggest takeaway.

In a way, it’s hardly surprising that reality TV has become something of a cesspit of judgmental bullying. We’ve always loved people watching, so when the early noughties brought the reality TV concept to life on our screens, there’s no surprise that it gained near-immediate traction.

This fascinating glimpse into the lived realities of other people appeared harmless at first, and with only the TV as our “anchor point” of intrusion into the newly minted reality TV stars’ lives, there wasn’t all that much to worry about. Sure, we’d feel empowered to share a snide judgment here and there, but it’s not like the stars themselves could hear it, right?

However, as the social media boom hit, that culture of judgment and sniping has become a toxic slew that’s hard to escape, and that’s why it’s so important to stay safe on social media. Now, with a simple Google search and a few button clicks, we feel empowered to send our mean thoughts and uninvited judgments directly to the people we’re watching so eagerly on TV. And there lies the danger.

Reality TV creates an expectation of the viewers’ judgment aimed toward the stars who create it. Amped up by editing deliberately designed to create the most controversy (and thus ratings) possible, there’s already little room for kindness in the judgments we offer so freely. We’re actively invited to sneer, destroy characters, and offer our own high opinions about other ordinary people doing very ordinary things.

It’s easy to lose sight of the fact that these are real people being them, not fictitious characters created for our viewing pleasure. Add to that the fact that the programs themselves actively hype up this aura of judgment and criticism to keep their ratings solid, themselves forgetting that these are real people, not characters or IP to mine for drama.

Couple that with the perceived anonymity of the internet, and you have a mess waiting to happen. Many of us wouldn’t dare off those same judgments if the reality star was put in front of us, but the internet brings out the (often nasty) keyboard warrior in us all.

The drama looks great on-screen. Even the smallest of incidents get hyped up by dramatic cut-aways as if the whole world hinges on these utterly mundane interactions, dislikes, and moments of temper. We love drama and tension, at least when it’s not us at the center of it. And we very rarely stop to consider that, for the people on the other side of the screen, this is actual reality. It’s easy to feel intensely about what we’re watching and human nature does love seeing the downfall of those we deem “worthy” of punishment.

We live in a time in history where people just like us are exposed to unprecedented levels of online scrutiny. Especially if they’ve been made a “star” by exposure on streaming services and TV networks. We begin to feel that they’re fair game for our thoughts, especially negative ones, and that we can rattle them off without a second thought to the end consequences. In fact, we’re helping them go viral, right?

But those consequences can be dire indeed. What was a throwaway tweet to you becomes magnified over and over again by repetition from countless sources? Media latches on to the popularity, throwing more ugly judgment into the mix. People begin “ganging up” on the star that’s earned their ire for their on-screen actions without a thought to the off-screen psychological effects this constant barrage of negativity can have. There have even been instances of doxing and other unwanted personal sharing as we forget the boundaries of polite society and start seeing these people as “things” we can demand access to.

For the people rabidly debating these micro-actions as watercooler talk, it’s often little more than stress release. A chance to be nasty and blow off steam at “inconsequential” things that will have no impact on your world. Actions you can make that will have no real-world consequences…for you. And with peers and friends as rabidly entrenched in the “it’s not REALLY real” mindset, group bullying suddenly seems like an acceptable way to express your “fandom”.

Yet we’ve seen more than one suicide result from cyberbullying of reality stars online. For the receivers of these threats, negative views, and ugly words, multiplied across millions of viewers, that one tweet is anything but innocuous. It could be the literal difference between life and death.

But it’s not the platforms sending the ugly thoughts and negative tweets. It’s not the producers using the unprecedented levels of access we have to each other through the anonymous wall of the internet to bully, doxx, and criticize. It’s people. The rise of social media has, sadly, entrenched a culture of judgment that’s difficult to escape. Real people are reduced to stock characters on TV without consideration of the potential consequences. And it’s all too easy to convince ourselves it wasn’t us that caused the damage – all while firing off the next ugly comment to a new target.

There’s a growing call throughout the global community to protect ourselves and others and keep safe from cyberbullying. But until we address the elephant in the room- the toxic behavior emboldened by digital access to people in an environment that discourages both kindness and accountability- curbing the spread of cyberbullying online will be impossible.

Yes, we need to see more accountability for these toxic environments from the producers of reality shows. But it also starts with us. Whether it’s pausing before you fire off that nasty comment or calling out others, you see cyberbullying as you move through digital spaces, only we can truly end the abusive ways we treat others online.

Should You Invest in a Project Management Software?

Is Quandale Dingle Dead: A Death Hoax Put an End to An Online Icon; Where Is He Now?