Home Entertainment The Masked Singer US season 7: Next episode, Eliminations, Costumes And Everything... 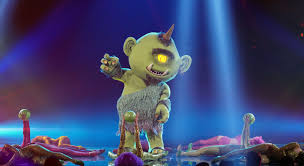 Season 7 of The Masked Singer is now available on Fox.

Following a sneak preview episode on February 20, the seventh season of the American television series The Masked Singer (also known as The Masked Singer: The Good, the Bad, and the Cuddly) began on Fox on March 9, 2022.

The reality competition series, which originated in South Korea, has become a worldwide hit. 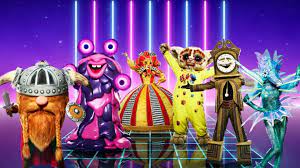 Season 6 of The Masked Singer concluded in December 2021, with Jewel winning the competition.

When it was announced that Rudy Giuliani would be participating in the season, there was a lot of excitement, but fans have been left wondering where Rudy is.

So, who will be crowned The Masked Singer’s next winner? What kind of outfits might we expect? Who is making the decisions? Here’s all we know about season 7 of The Masked Singer in the United States.

Season 7 of The Masked Singer eliminations

We’re keeping track of all the celebs who have been unmasked and eliminated so far on The Masked Singer US season 7 as it seeks to proclaim its champion: In the first episode, McTerrier was revealed to be TV pastry chef Duff Goldman, which surprised the judging panel, who had assumed it was someone Scottish. Nicole Scherzinger assumed it was Ewan McGregor, but she was wrong!

Duff is the executive chef at Charm City Cakes in Baltimore, which was featured on the Food Network show Ace of Cakes.

In week two of The Masked Singer US, Team Bad’s Ram was eliminated. With the unmasking, it was discovered that Ram was sportscaster Joe Buck, as anticipated by some observant viewers in the inaugural episode and as Robin Thicke and guest panelist Eric Stonestreet’s final guesses. 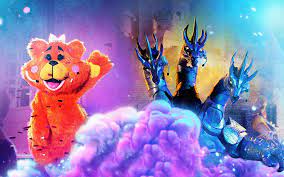 Buck is most known for his work as a Fox NFL and MLB broadcaster, but he and his broadcast partner Troy Aikman announced their move to ESPN on March 16.

Week 3 of The Masked Singer US had two eliminations, but let’s take a look at each one separately.

The Philadelphia Eagle Jordan Mailata was announced as Team Cuddly’s Thingamabob. None of the hosts could figure out who was behind the mask, with JJ Watt and Michael Strahan, as well as Liam Hemsworth and Dennis Rodman, being the most popular guesses.

Garcia, who is most known for his appearance on the television show Lost, was the star of Team Bad’s Cyclops. The hosts were stumped as well, bringing forth names like director Kevin Smith, actor Dave Bautista, country star Zac Brown, and actor Michael Keaton as possibilities.

Season 7 hosts and judges of The Masked Singer

Ken Jeong (a man who loves a crazy guess! ), Nicole Scherzinger, Jenny McCarthy-Wahlberg, and Robin Thicke all return as panelists, with Nick Cannon as host. Eric Stonestreet appeared in the second episode, Nicole Byer in the fifth episode, and Leslie Jordan in the sixth episode as guest panelists.

Unlike the previous three seasons, the panelists will not provide any first impression predictions, and the Golden Ear Trophy will not be given out for the first time since its inception in the fourth season.