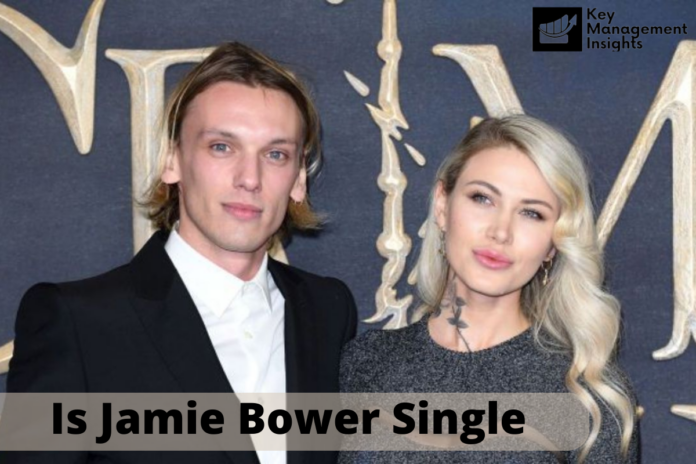 Jamie Campbell Bower’s new solo single, “I Am,” is very clear about what it is. It’s the first music the actor has put out since the last season of the popular Netflix show Stranger Things ended.

Even though he is best known for his three-faced role as the villain Vecna/Henry Creel/One in the hit sci-fi show, Bower has had a musically-inclined career since his first movie role in the musical Sweeney Todd: The Demon Barber of Fleet Street in 2007.

In “I Am,” Bower now plays himself in a way that is similar to what he did before. With his deep, rumbling voice, the singer preaches a passionate sermon full of contradictory confessions like “I’m an angel/I’m a demon/I’m a newborn fawn.”

Even though the verses are a mix of light and dark, Bower comes in with a clear head for the final, scary warning in the chorus: “Before the devil comes for you, make sure you’ve paid your dues.”

In the music video for the song, which was directed by Vicente Cordero, Bower takes over the pulpit of an empty church by waving the Bible around and pouring wine on the altar.

Eventually, he gives in to the stomps and claps of his background choir, which are meant to be dramatic.

Even though Bower seems to be under the control of a higher power at times in the video, he still looks like himself when he looks straight into the camera. Watch the music video for “I Am” down below.

Bower went back to his musical roots in 2022 with “Run On,” a collaboration with King Sugar that re-imagined Johnny Cash’s “God’s Gonna Cut You Down” and also included “Devil in Me” and “Crow.”

He was also the lead singer for the British punk band Counterfeit until they broke up in 2020. In his interview on Kyle Meredith, Bower talks about his role on Stranger Things and how Placebo inspired him to play the demon Vecna.

He also talks about his plans for his music career in the future. With… Bower isn’t the only person on the Stranger Things cast who plays music on the side.

Joe Keery is getting ready to put out his second album as Djo, and Finn Wolfhard is in a band called The Aubreys right now.