HomeEntertainmentHow Much Money Did Our Spider-Men Made From The MCU Movies?
Entertainment

How Much Money Did Our Spider-Men Made From The MCU Movies? 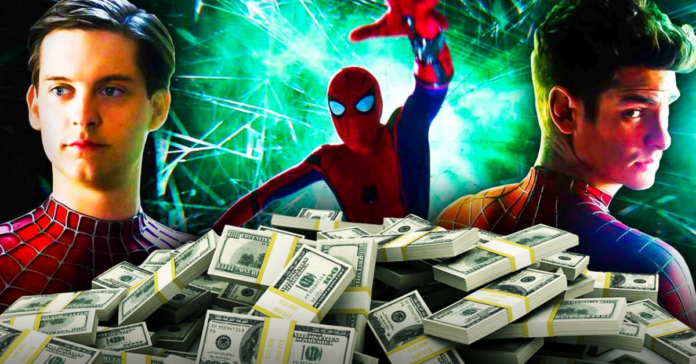 Spider-Man No Way Home is 2021’s biggest movie in the cine-comic universe, and after nearly two weeks in theaters, eyes are on the actors who have played Spider-Man over the years. For months there has been speculation about the presence of Tobey Maguire and Andrew Garfield in Tom Holland’s film, and for this reason, the salaries of the three performers for their respective films in the franchise have also been dusted off.

How much did Tom Holland, Andrew Garfield, and Tobey Maguire earn for their work on each of their films? One of them has a much higher salary than his colleagues. The data comes from Deadline, New York Post, and CheatSheet.

Tom made his first appearance in the Marvel Cinematic Universe in 2016’s Captain America: Civil War. He is said to have earned around $ 250,000 for his work on this film. But let’s move on to the next Tom Holland film.

While this number is unconfirmed, Tom Holland has been reported to have earned a base salary of $ 500,000 for his work in Spider-Man: Homecoming. He would also earn bonuses from box office success, bringing his salary to $ 1.5 million. Not bad. Although with Far From Home he earned even more.

Tom Holland appears to have made $4 million for his work on Far From Home, although the numbers are unconfirmed. There is currently no information on his salary for No Way Home. But let’s move on to Andrew Garfield.

When  Andrew Garfield was first announced as the next star of the Spider-Man franchise in 2010, it was reported that he would make $ 500,000 for the first film. Subsequently, there were no other confirmations regarding this data. Instead of The Amazing Spider-Man 2?

Simultaneously with the announcement of his first film, it was reported that Andrew would only earn $1 million for a sequel and $ 2 million for a third film. Although the first sequel came out, the third never saw the light. However, now there are rumors of his return in the Spider-Verse, which could also involve the making of this film.

However, it is very likely that he earned a sizable bonus on top of his base salary, especially since his contract for at least four films has been terminated. But let’s move on to Tobey Maguire.

Over the years there has been a rumor that Tobey Maguire has earned $4 million for his work in the first Spider-Man movie. A figure well above his colleagues. But the numbers go up with the other two films by Sam Raimi.

Tobey Maguire received a huge pay raise for the sequel and earned $17.5 million. It was also reported that it got 5 percent of the gross backend. But will this be the highest figure for the salaries of the three actors?

Reportedly, Tobey Maguire has earned 15 million dollars as the base salary for the third film. However, he would have gotten a bigger percentage for the gross backend and gained 7.5%. In short, a drop in salary, but a greater gain thanks to the box office.