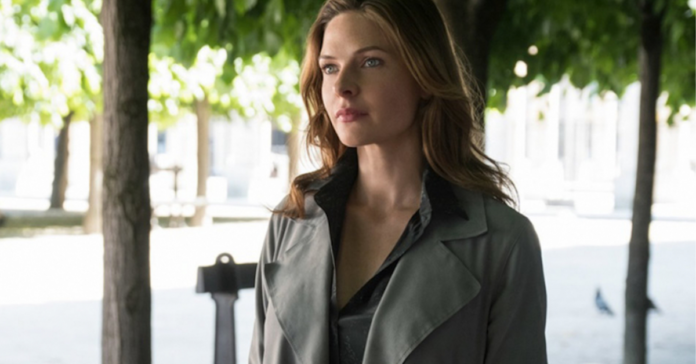 With “Wool,” Apple TV + adapts Hugh Howey’s novel of the same name. It is about a community that lives in a vast underground silo in a dystopian future. Now streaming service Apple TV+ announced other actors in the series.

Wool: When Will It Release?

A release date for ‘Wool’ is not yet revealed by Apple TV+. The streaming service has not yet commented on the production of the series. As soon as there is more information, you will find it here.

Wool: What Is The Plot?

“Wool” is set in a dystopian future in which a community lives in a vast, underground Silo hundreds of stories deep. There the men and women live in a society full of regulations that they believe should protect them.

Wool: Is There A Trailer For The Show?

Since the series is still in the early stages of production and filming has not yet started, there is no trailer. As soon as that changes, you will find it here.

Wool: Who’s In The Cast?

Tim Robbins (“Mystic River”) and Rebecca Ferguson (” Mission: Impossible “) are among the cast of the series. Robbins will take on the role of Bernard, the IT manager of the Silo. Rebecca Ferguson will play Juliette Ferguson, an independent and hard-working engineer.

Harriet Walter (“Succession,” “Killing Eve”), Avi Nash (” The Walking Dead “) and Chinaza Uche (” Dickinson “) are also part of the cast. Walter will play Martha Walker, an experienced engineer who works in the field of mechanics.

Nash will play Lukas Kyle, an IT worker who comes to terms with meeting independent and hard-working engineer Juliette (Ferguson). Uche is slated for Paul Billings, who is on the Justice Department team and works alongside the Silo’s head of judicial security, Sims.

Rashida Jones (“Parks and Recreation”) and David Oyelowo are also part of the cast. They play the couple Holston and Allison. Holston is the sheriff of the Silo. Allison works in IT.

The series comes from writer Graham Yost and director Morten Tyldum (” Secret “) and AMC Studios. It is based on the novel by Hugh Howey.