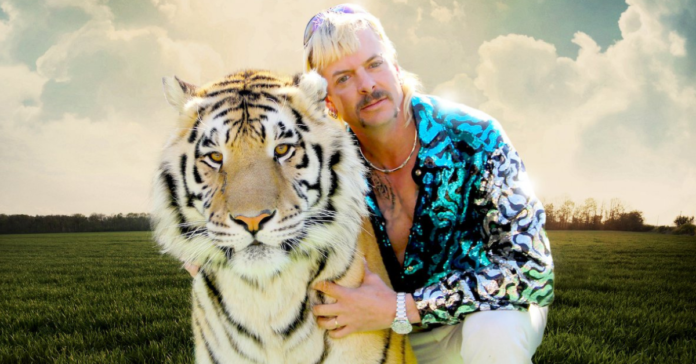 The true-crime documentary “Tiger King” celebrated massive success on the streaming service Netflix. Now the series returns with Season 2. A new trailer reveals what to expect in the latest episodes.

Tiger King Season 2: Is It Confirmed?

At the end of September 2021, Netflix announced the continuation of the documentary series with “Tiger King 2”. Previously, director Rebecca Chaiklin revealed in an interview with US magazine Entertainment Weekly that a sequel is not so unlikely. After all, much more material has already been filmed than was used in the first season. In addition, the story of Joe Exotic is not even remotely told with the previous episodes.

Now Netflix has announced the release date for season 2. The new episodes appear earlier than expected. You can enjoy the 2nd season on November 17th. Netflix announced this with its first trailer.

Shortly after the second season was announced, Netflix released the first trailer for the series. This shows, among other things, how Joe Exotic is attacked by one of his tigers, but also Joe in prison.

Another season 2 trailer has now been released. Judging by the trailer, the new episodes will be about Jeff Lowe, Tim Stark, Allen Glover, and James Garretson, the supporting characters of season 1.

Tiger King: This Action Is Possible In Season Two

The legal process that ultimately resulted in Joe Exotic serving a sizeable prison sentence could become even more of an issue in Season 2. Close acquaintances, especially husband Dillon Passage, still seem willing to share inside information about Exotic. The latter gave an interview on the US radio station SiriusXM. In it, he announced that Joe Exotic was in quarantine.

Joe Exotic’s story of animals doesn’t end there either. The US broadcaster The Denver Channel, owned by ABC, reported that some of its tigers were suffering from mental disorders and cared for in a wildlife sanctuary in Colorado. A second season could, therefore, possibly again critically deal with the wrongdoing of Joe Exotics.

The latest events could also be part of the second season. As the online magazine Entertainerin Weekly reports, zookeeper Erik Cowie, who worked closely with Exotic, was found dead in his apartment in early September 2021. So there are several options for how season 2 of “Tiger King” continues.

As the first footage of Joe in prison shows, you most likely stick with his story and the events around the eccentric ex-zookeeper. What awaits you in the new episodes will only be revealed in the future.