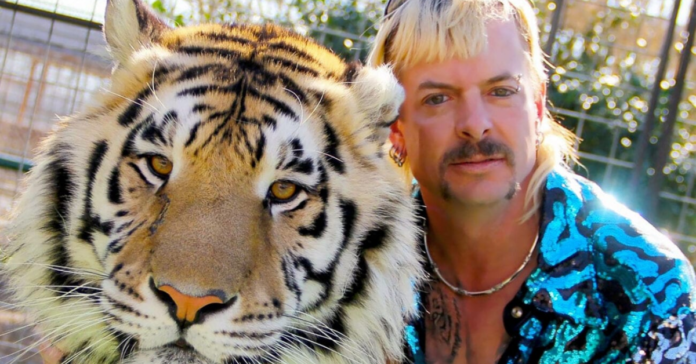 “Tiger King 2” is already in the starting blocks: On November 17th, the second season to the series, which became a Netflix hit during the first lockdown, will be released.

Baskin, the prominent cat rescue center owner, sued Netflix and Royal Goode Productions in federal court in Florida and filed an urgent motion for an injunction on Monday. This should prohibit them from using footage of the Baskins and the rescue station in “Tiger King 2” or related promotions.

“Tiger King” Was Supposed To Be A Documentary Similar To “Blackfish”

The lawsuit, which she and her husband Howard Baskin filed together, arrived days after the “Tiger King 2” trailer was released. The complaint states that the Baskins are “portrayed in advertisements through the use of footage […] as the central element of the sequel”. The footage violates the decision clearance they signed for the first season.

As a result, the Joe Exotic enemies demanded the removal of all “Big Cat Rescue” recordings in the upcoming season of the American series. In her opinion, they would be immensely damaged due to Netflix’s sensationalism. Because the trailer for season 2 again indicated that Carole Baskin had something to do with the disappearance of her first husband. She denies this accusation.

The Baskin couple further explained that their participation in “Tiger King” was touted as a synopsis about big cats and their keeping and breeding conditions, similar to the Netflix documentary “Blackfish.” Ultimately, “Tiger King” would have portrayed Joe Exotic as a likable, eccentric victim and Baskin as the villain.

For the time being, the streaming provider has nothing to fear about a punctual start of the season for “Tiger King 2”. It remains to be seen whether Carole Baskin and her husband will file further legal action against Netflix.