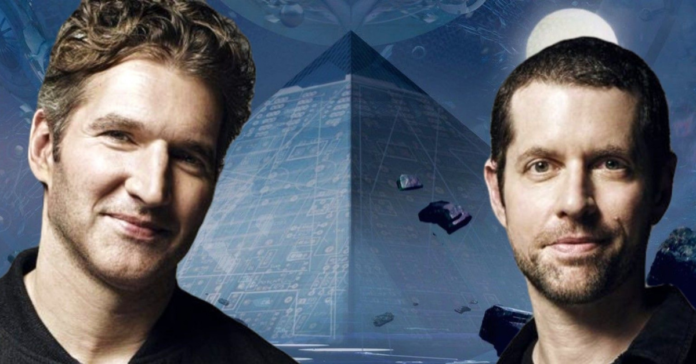 With the science-fiction epic “The Three-Body Problem,” Netflix has landed an impressive fish. The streaming giant has secured the rights to the “Remembrance of Earth’s Past” trilogy by the award-winning Chinese author Liu Cixin.

If it is successful, a continuation of the series should beckon. And because of the impressive cast, this one should be certain. Stars from the Marvel Cinematic Universe and “Game of Thrones” will take on significant roles.

Is There A Release Date For “Three-Body Problem”?

Little is known about the adaptation of the novel so far. Since filming has not yet started, a start date for the science fiction drama is still in the stars. We expect the shooting to begin in 2022, so the start of the ambitious project would be in spring 2023 at the earliest.

Three-Body Problem: What Is The Plot & Storyline?

Probably the plot of the series will be based on the events of the novels. The trilogy is about the astrophysicist Ye Wenjie. During the 1960s, her father, Ye Zhetai, an influential academic, was brutally murdered by Red Guards as part of the Chinese Cultural Revolution. Fearing the government, her mother and sister even spoke out in favour of executing Ye Zhetai.

Years later, Ye Wenjie works on a secret research project to explore extraterrestrial life. One day she receives a message from space. A pacifist creature from the planet Trisolaris warns of the invasion of the alien people. The alien shares the history and problems of his world and advises not to react to his messages. Otherwise, the location of the recipient could be revealed.

But driven by the trauma of the loss of her father, Ye Wenjie secretly hopes for help from the aliens. She privately contacts the sender of the warning and thus paves the way for the invasion by the Trisolarians.

Twelve actors were cast for the Netflix series “Three-Body Problem.” Benedict Wong featured in “Dr Strange in the Multiverse of Madness” and “Shang-Chi and the Legend of the Ten Rings” come straight from the MCU. In addition, two actors from the bloody fantasy saga “Game of Thrones” join in with John Bradley and Liam Cunningham.

Jovan Adepo, Eiza Gonzalez, Jess Hong, Marlo Kelly, Alex Sharp, Sea Shimooka, Zine Tseng, and Saamer Usmani can be seen. However, it is not yet known precisely which roles the actors will play.