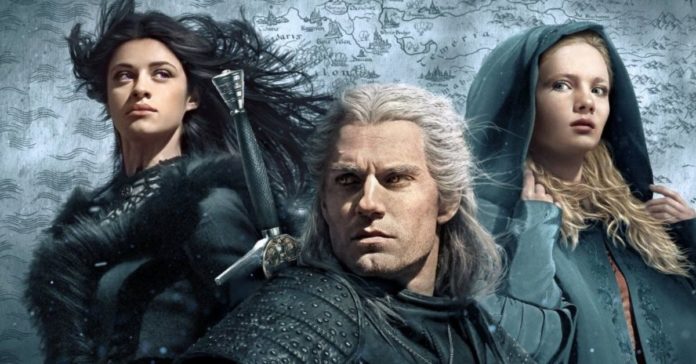 Fan of the video game and the mother TV series, Netflix has finally announced the prequel spin-off The Witcher: Blood Origin, which will undoubtedly thrill us and keep us glued to the screen as happened with the first season of The Witcher, thanks also to the great acting skills by Henry Cavill, who did not disappoint expectations. Let’s now find out more about this Netflix show.

The miniseries was announced in July 2020, and fans worldwide have been wondering right away: when does The Witcher: Blood Origin come out? Unfortunately, it is still early to know the release date of the Netflix spin-off. However, we do know that the shooting ended in late November. The Witcher prequel will be officially released on Netflix in 2022. As soon as we know more, we will inform you.

Thanks to the TVLine site, we have some previews of the TV series plot, which we report below. First of all, it will be a prequel set 1200 years before the original story of The Witcher.

The events will focus on the adventures of the very first Witcher and the story of the unification of the world of men, monsters, and elves. Writer and producer of the original TV series, Declan de Barra, will also work as showrunner in the prequel, Lauren Schmidt Hissrich, Jason Brown, Sean Daniel, Tomek Baginski, and Jarek Sawko. Here’s the first teaser:

In January, the first actress to participate in the project was announced. We refer to Jodie Turner-Smith ( The Last Ship ), who was supposed to play Eile, described as a blessed warrior with the voice of a goddess. Leaving her clan and position as the Queen’s guardian, she begins to wander as a singer until an event forces her to wield her sword again for revenge and redemption. The actress, however, later abandoned the project, and the role passed to Sophie Brown.

About six months after the first announcement, we learned of Michelle Yeoh ( Star Trek Discovery ) joining the cast. Her character is called Scian, and she is the last member of his nomadic tribe of elves, skilled with the sword. No one even comes close to her swordsmanship skills, and at the same time, no one feels the weight of the loss as much as she does. When the opportunity presents itself to recover a sacred sword stolen from her tribe, she embarks on this risky mission. Moreover, the show includes: