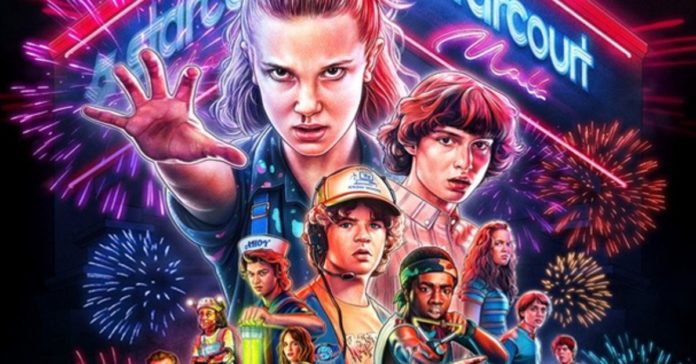 The fourth season of Stranger Things will be making its way to Netflix in 2022. Since the announcement of Season 4, fans have been more anticipated about the new storyline, grown-up characters, and our beloveds’ return. Now, Netflix has announced a new project that will make the fans of the supernatural teen drama happier. Netflix has announced a new animated film to the popular mystery series, which will turn the show into a version the live-action can’t.

Stranger Things Animated Film: What Is Known So Far?

The newly announced animated film could dig into more storylines and events occurring outside Hawkins. Moreover, as reported by Giant Freaking Robot, the film could be about the events when Eleven met some teenagers in Chicago in Season 2. The group of teenagers also had supernatural powers similar to Eleven. The portal also reported that the movie could revolve around Kali/Eight, one of Eleven’s sisters on whom Dr Brennan had conducted experiments.

We are sure that we will get more details about the Stranger Things animated film as the time arrives in the near future. In the meantime, we are still waiting for the fourth season of Stranger Things to hit the Netflix screens.

Apart from the animated film, there is another announcement from Netflix that has made the fans happy. The piece of news revolves around one of the show’s biggest stars, Noah Schnapp.

Schnapp, who portrays the character of Will Byers in the Netflix mega-hit, recently posted a TikTok to share one of the most important moments of his life. In the video, he is seen in front of his laptop and learns that he had been accepted into the University of Pennsylvania.

“This video of Noah Schnapp learning he got accepted to college is the purest thing in the world. Congrats Noah.”

In the video, we can see Noah sitting with his parents and twin sister Chloe. They all jump and cheer in excitement, hugging Noah after receiving the news. The TikTok video has recorded over 9 million views within hours of being posted, while the Netflix tweet has recorded over 28,000 likes and more than 1,600 retweets.

Noah is 17-years-old and will be attending college in September 2022. Let’s hope we get to see the fourth season of Stranger Things before Noah steps into the college.