HomeNetflixSquid Game: 6 Clues That Already Told The Old Man Was Behind...
Netflix

Squid Game: 6 Clues That Already Told The Old Man Was Behind The Game 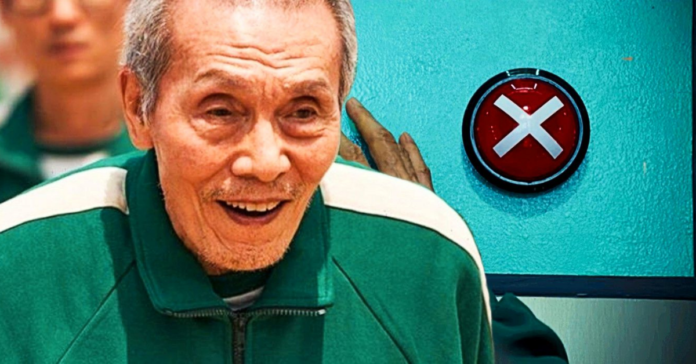 “Squid Game” is the most successful Netflix series of all time. The Korean thriller series always comes up with surprising twists, which we witnessed in the last episode of season 1 also.

In it, we learn that the old man, Oh Il-Nam, is firstly not dead and secondly has been the head behind the games all along. But in the course of the series, there are already indications of the old man’s identity. We have put them together for you.

The first clue is Il-Nam’s player number. He is listed as player 001. Gi-hun notes in episode 1 that the old man was the first person to arrive at the games. Little did he know that Il-Nam himself was behind the games.

2) Il-Nam’s Reaction To The First Game

Another clue is Il-Nam’s reaction in the first game, “Red light, Green light”. After several players are shot, the old man is the first to move again. In addition, he is very carefree and happy.

In retrospect, of course, we know that his life was probably not in danger. But at this point, we assumed that the old man with a brain tumor loves the thrill.

The clearest clue is probably the scene in episode 4 in which Il-Nam ends the fighting in the dormitory. He climbs onto one of the top beds and shouts that he is scared, and if it continues like this, everyone will die. The frontman then sends the troops in to end the fighting.

In the scene, the old man did not speak to the other players, as initially assumed, but to the frontman. He called on him to end the fighting.

Also, in episode 4, it is Il-Nam who helps his team win the tug-of-war. He tells his team members a strategy for the physically inferior squad to win the game in the elevator on the platform.

Another big piece of evidence is that there is no profile for player 001 in the folder that policeman Jun-ho finds in the frontman’s archives. In retrospect, of course, this is not surprising since Il-Nam is not a real player.

6) The Audience Does Not See Il-Nam Die

In episode 6 of the series, Gi-hun and Il-Nam play against each other in a marble game. Finally, the old man gives Gi-hun his last marble so that he can survive. After a tearful farewell, Gi-hun hands the marbles to the guard and leaves the field.