Salma Hayek has a net worth of $200 million dollars and was born in Mexico. Though it should be remembered that Salma has been married to Francois Henri Pinault, one of the world’s wealthiest individuals, since 2009.

Francois is worth $7 billion as of this writing, while his father is worth more than $30 billion. Salma’s portion of community property and future support would significantly enhance her net worth if they ever divorced. But, ideally, this will never happen!

Salma is most known for her roles in the telenovela “Teresa” and the highly acclaimed film “Frida” (2002), for which she was nominated for several awards. Hayek’s philanthropic work includes raising awareness about domestic abuse and immigrant discrimination. Hayek testified in favour of reauthorizing the Violence Against Women Act before the United States Senate Committee on the Judiciary on July 19, 2005.

In February 2006, she gave $25,000 to a battered women’s shelter in Coatzacoalcos, Mexico, and another $50,000 to anti-domestic violence organizations in Monterrey. She is a member of the V-Day board of directors, which was formed by playwright Eve Ensler.

Hayek had previously said that she is not a feminist, but she later changed her mind, saying: “I’m a feminist because many incredible women have shaped who I am today. But it shouldn’t be solely because I’m female “..

Hayek is also a proponent of breastfeeding. She breastfed a hungry week-old infant whose mother couldn’t produce milk during a UNICEF fact-finding trip to Sierra Leone in 2009. She claimed she did it to combat the stigma around breastfeeding and to promote child nutrition. 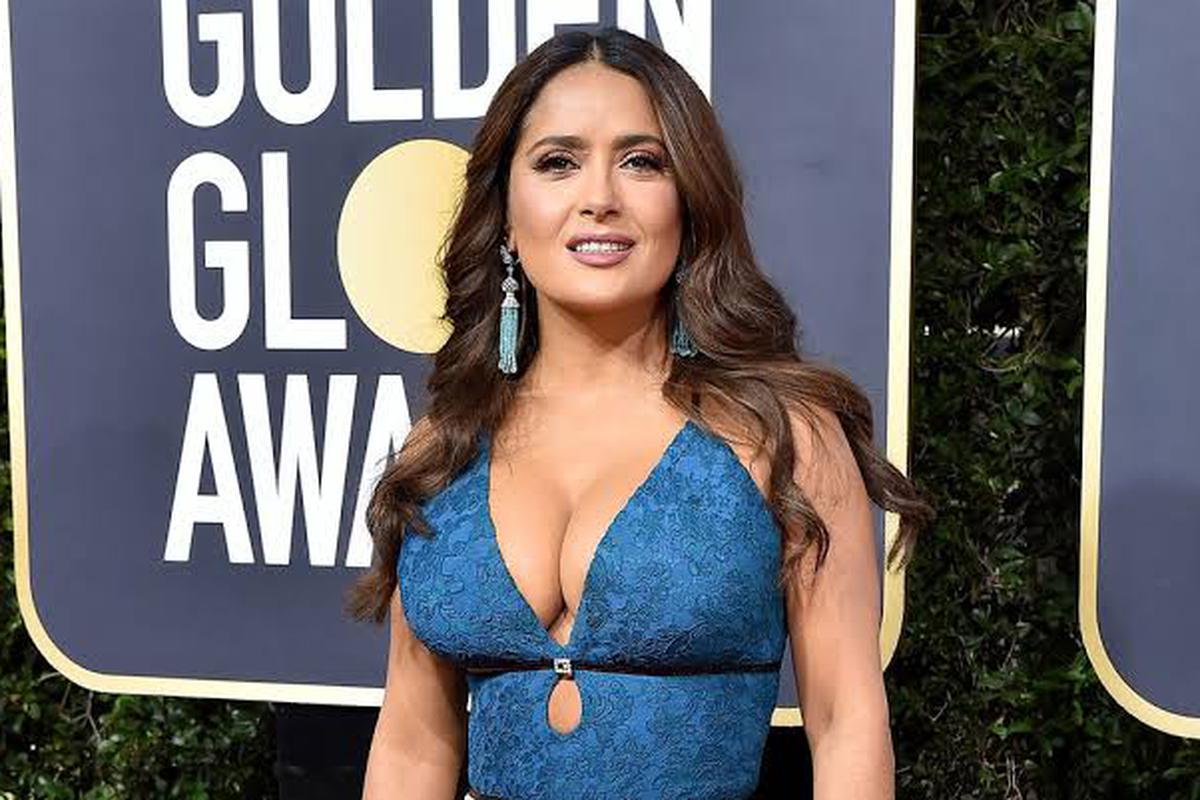 Hayek was nominated for the VH1 Do Something Awards in 2010 for her humanitarian initiatives. In 2013, Hayek, Beyoncé, and Frida Giannini launched the Gucci campaign “Chime for Change,” which promotes female empowerment.

Hayek was one of the artists that signed Amnesty International’s letter to then-British Prime Minister David Cameron in support of women’s rights in Afghanistan on International Women’s Day in 2014. Hayek highlighted the prejudice against women in Lebanon following a visit there in 2015.

Hayek said in an op-ed in The New York Times on December 13, 2017, that she was harassed and mistreated by film producer Harvey Weinstein during the making of Frida.

The Pinault family committed US$113 million in 2019 to help rebuild the Notre Dame Cathedral in Paris, which was destroyed by fire. Hayek used her Instagram to raise awareness about Vanessa Guillen’s disappearance in 2020. 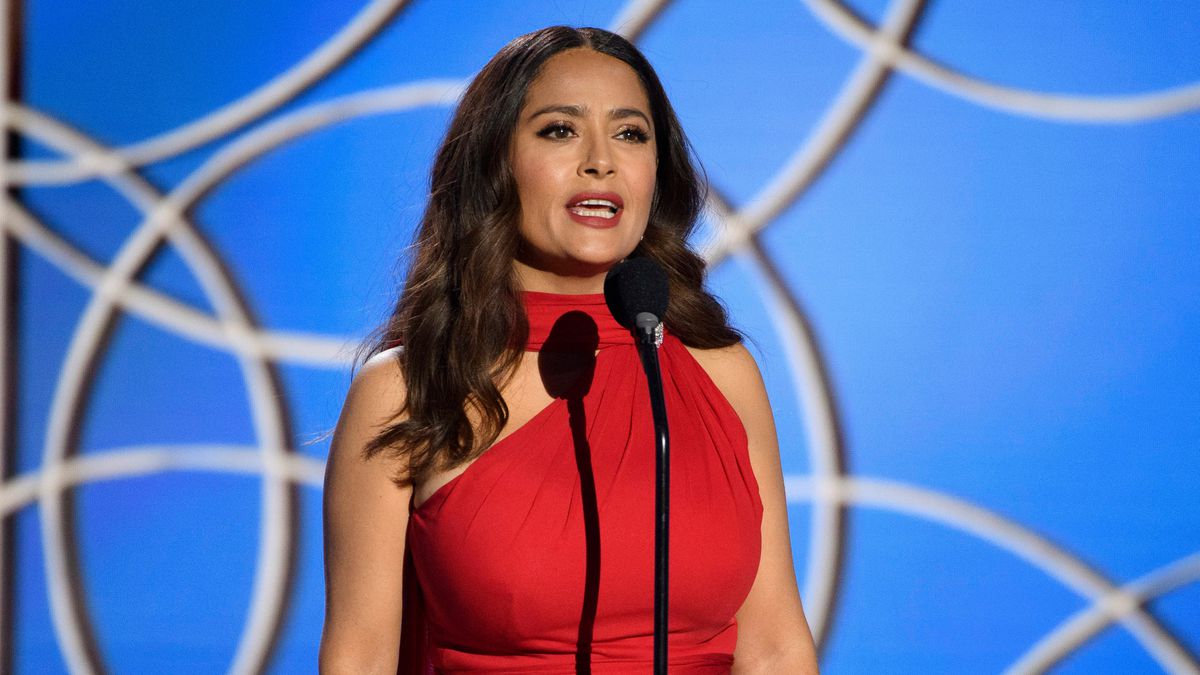 Hayek was a Revlon spokeswoman in 1998 and has been an Avon cosmetics spokeswoman since February 2004.

She modeled for Chopard in 2001, appeared in a series of Spanish-language Lincoln automobile advertisements in 2002, and was photographed by Mario Testino for Campari adverts in 2006.

Hayek has collaborated with Procter & Gamble and UNICEF to encourage the funding of immunizations against maternal and neonatal tetanus through disposable diaper sales.

She serves as a global ambassador for the Pampers/UNICEF partnership, which aims to increase awareness of the program.

Procter & Gamble is providing the cost of one tetanus vaccination (about 24 cents) for every box of Pampers sold as part of the agreement. 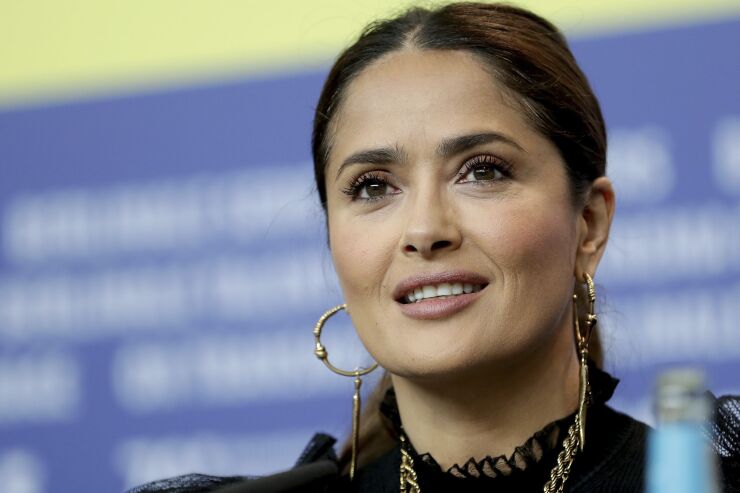 Hayek developed her own cosmetics, skincare, and haircare line, Nuance by Salma Hayek, in 2011, which is available at CVS locations across North America.

Hayek’s public and professional personas have been heavily influenced by her sex appeal and perceived beauty. Most of her early films, such as the action-packed Desperado, From Dusk Till Dawn, and Fled, “predominantly cast her in raunchy sex symbol sort of parts,” according to critics, and helped to establish Hayek as a household name.

Hayek was named the “sexiest celebrity” among 3,000 public personalities in a July 2007 poll by E-Poll Market Research, with 65 percent of respondents describing her as “sexy.” Hayek’s Armani gown from the 1997 Academy Awards was named one of the top five most memorable in Oscar history by E! Entertainment. From April 7 to June 18, 2006, the Blue Star Contemporary Art Center in San Antonio, Texas, hosted an exhibition called “Solamente Salma” (Spanish for “Only Salma”), which featured 16 portrait paintings of Hayek as the Aztec goddess Itzpapalotl by muralist George Yepes and filmmaker Robert Rodriguez.

Hayek was placed 4th in The Hollywood Reporter’s Latino Power 50, a list of the most powerful Latin members of Hollywood, in July 2007.

She received the Women in Film Lucy Award in 2008 for her creative achievements that have improved women’s perceptions through television, and Entertainment Weekly rated her 17th on their list of the 25 Smartest People in TV.

Hayek has appeared on the covers of various international publications during her career, including InStyle, Elle, Premiere, Glamour, and Variety in the United States; Maxim, Marie Claire, and Total Film in the United Kingdom; and Entrevue and Madame Figaro in France.

Guest editor Meghan, Duchess of Sussex chose her as one of fifteen women to appear on the cover of British Vogue’s September 2019 issue.