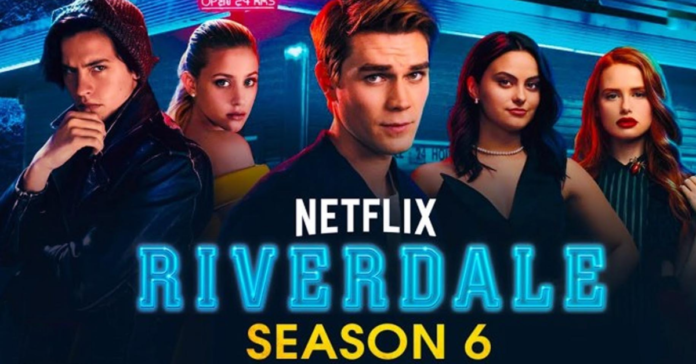 The Netflix series “Riverdale” has been on the streaming service since November 2021 with season 6. Now actress Vanessa Morgan revealed how the new episodes would affect the future of the series.

“Riverdale” actress Vanessa Morgan confirms that the show’s alternate reality will continue to have an impact. On November 16, “Riverdale” season 6 returned to streaming service Netflix and began with a five-episode horror event.

In an interview with US Weekly, she said: “If you believe [in other dimensions], then there are alternate realities that all play out at the same time, different versions, different outcomes, all occurring at the same time in your life. Play it. I believe in that, and I feel like we’re addressing this somehow. And I think by the end of the season it will all come together and you will really see how it all fits together. “

The event takes place in a town called Rivervale, which is very similar to Riverdale. However, there are some differences. At the end of episode 1, the main character Archie (KJ Apa) is sacrificed for a ritual.

In episode 2, Toni Topaz (Morgan) accidentally kills Darla Dickinson’s (Azura Skye) son during a brawl. Then the legend of La Llorona emerges, who drowned her children in the act of revenge.

Fearing Darla’s revenge and to protect her baby Anthony, Toni holds a seance to speak to the ghost and learn the truth about what happened. This backfires as the spirit takes the baby with it to kill it. But in the end, Toni offers to sacrifice himself. She becomes the new La Llorona and asks Betty (Lili Reinhart) to look after her son.

Therefore it is questionable whether or in what form we will see Archie and Toni again in the further episodes of “Riverdale.” Showrunner Roberto Aguirre-Sacasa also said in an interview with US magazine TV Line, “that the things that happen in Rivervale are linked to or reflect the events in Riverdale.”

The next episode will be out on December 1. Episodes 4 and 5 will then be shown on Netflix on December 8th and 15th, respectively.