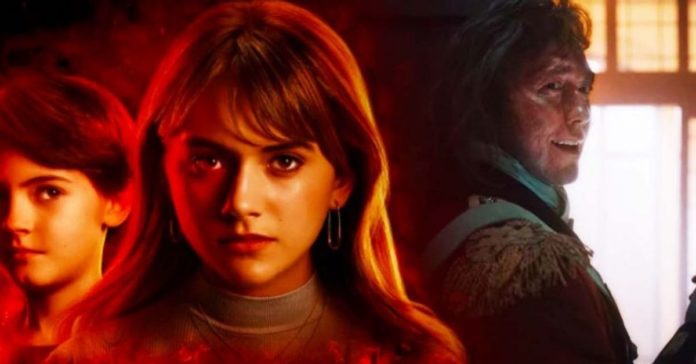 “Locke & Key” Season 2 was just released on Netflix and topped with some cliffhangers. This is not surprising as the last episode is even titled “Cliffhanger”. The show has emerged as one of Netflix’s most-watched and fan favourite shows of the year, and an announcement regarding the new season is much awaited. Here are some questions that the third season of ‘Locke & Key’ has to answer.

In the season 2 finale, Frederick Gideon threw Eden headfirst into an old well. The viewers did not find out whether Eden survived the fall. Season 3 will have to clarify whether and in what form we will see Eden again.

What is Frederick Gideon Up To?

Eden had used the Echo Key in episode 10 of Season 2 to bring Frederick Gideon back. After he had thrown Eden into the well, he ran away with the everywhere key.

Although he has yet to learn how it works, he will undoubtedly quickly find out that there are other keys and will return to the key house.

How Does Nina Cope With Her Knowledge Of Magic?

Adults are usually unable to remember magic because their minds erase all memories of it.

But Bode decided to reveal the magic to his mother and use the memory key to enable her to remember a beautiful moment. Nina will soon realize that magically brings some dangers with it.

Dodge was the villain of “Locke & Key” season 1 and 2. In episode 10 of the second season, Tyler used the alpha key on Dodge, separated the demon from his host and thus freed Lucas. Although releasing a demon-possessed host is fatal to ordinary people, Lucas was just an echo and therefore survived.

That probably means Dodge was destroyed, but remember that Dodge is an Echo too. Demons cannot usually survive in this world without a host, but that may not be true of Dodge.

Will Tyler Forget The Magic?

In season 2, Tyler decided not to use the memory key and go on a journey. He didn’t want to return until after his 18th birthday, when he forgot the magic.

But like Nina, he too has experienced too much magic, and his memories will have gaps that make no sense. Also, the presence of Gideon could put Tyler in danger and leave his siblings with no choice but to ignore his wishes and use the memory key on him.