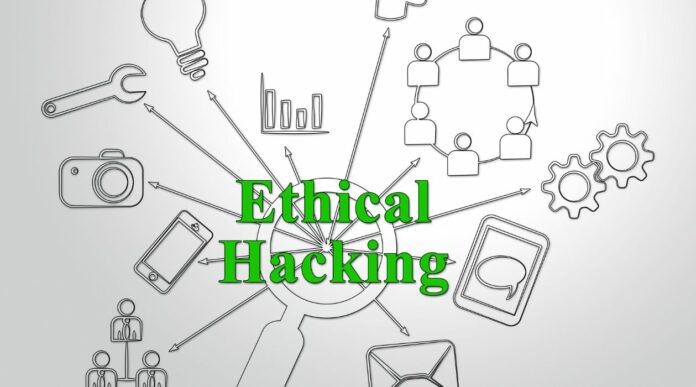 What exactly is the term “ethical hacking”?

The term “ethical hacking” refers to a technique that identifies vulnerabilities in computer systems and computer networks in order to devise preventative measures against those vulnerabilities. Ethical hackers are required to obtain written permission from the owner of the computer system they are trying to hack, protect the privacy of the organization that has been hacked, transparently report all of the identified weaknesses in the computer system to the organization, and inform the hardware and software vendors of the identified weaknesses.

Why is it Important to Practice Ethical Hacking?

Data has evolved into a resource of incredible value. As a direct result of this, the maintenance of confidentiality and the authenticity of data has also become increasingly important. In a nutshell, this highlights why practicing ethical hacking in the modern world is so crucial. This is primarily attributable to the fact that almost all of the businesses that currently exist have some kind of presence on the internet. The internet is being utilized as a medium for a variety of purposes, including public relations, content marketing, and sales. Because of this, every endpoint that is being utilized to provide service to the medium presents the possibility of being exploited.

In addition, hackers in this day and age have shown themselves to be exceptionally inventive and brilliant when it comes to breaking into a computer system. Fighting fire with fire may not be effective in the real world, but for an organization to ward off a hacker with such a high level of intelligence, they need someone else who has the same line of thinking. Recent incidents of computer hacking have resulted in financial losses that amount to millions of dollars. Businesses all over the world have been put on notice as a result of these incidents, and as a result, they have revised their perspectives regarding the significance of ethical hacking and cybersecurity.

The CEH certification training course that Simplilearn offers gives you the hands-on training that is necessary to master the techniques that hackers use to penetrate network systems and to fortify your own network systems against those techniques. This ethical hacking course online will adequately prepare you to scale up your blue team skills, as it is aligned with the most recent version of the CEH (Certified Ethical Hacker) certification offered by the EC-Council.

Learners are required to hold either a diploma or a degree from an accredited college or university.

The EC Council’s iLabs are used for the practical aspects of the lab work. The duration of access is for a period of six months.

Is this a live training session, or will I be watching videos that have already been recorded?

What do I need to bring to the training sessions so that I can participate?

In order to participate in the Ethical Hacking Course, you will need the following tools:

In-ear monitors, external speakers, and a microphone: You will require either headphones or speakers to hear the instructions, and you will also require a microphone to communicate with the other players. You have the option of using a headset that already has a microphone built in, or you can use separate speakers and a microphone.

Below we have answered a few additional questions regarding Ethical hacking Online Tutorials.

1. Is the CEH a reliable certification to have?

Absolutely, to be more specific. If you are considering a career in cybersecurity or would like to work in ethical hacking, earning your CEH certification is the best way to move forward in either of those fields. The Certified Ethical Hacker (CEH) certification is a true testament to the fact that you are well-versed in all of the nuances of ethical hacking and penetration testing. This certification is issued by the EC-Council.

It is true that a CEH professional with a certification has a better chance of landing a good job than their counterpart who does not hold a certification in this field. In point of fact, obtaining a CEH certification in Washington can serve as a stepping stone into the field of cybersecurity, opening the door to a wide variety of top-tier positions in a variety of industries and organizations that call for ethical hacking skills.