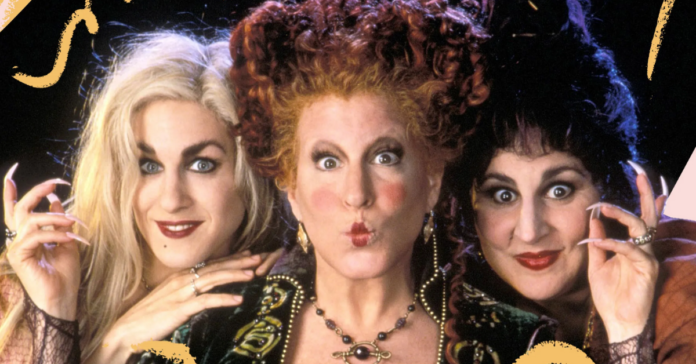 The Sanderson sisters have awakened. As Disney + announced on the Monday after Halloween, filming for the sequel to the magical classic “Hocus Pocus” Part 2 starts on Rhode Island. In addition to Bette Midler, Sarah Jessica Parker, and Kathy Najimy, another member of the original cast returns. But there is more exciting news.

For many families, “Hocus Pocus” is a permanent film tradition on Halloween. Funny, exciting, and with a little bit of horror, the cult production from 1993 is suitable for young and old.

The sequel’s plot takes place 29 years after a teenager named Max lit the candle with the black flame and brought back to life the three sorceresses who steal the children’s essence. Winifred (Midler), Sarah (Parker), and Mary (Najimy) now seek revenge when they find themselves in the present in Salem. It’s up to three high school students to stop them.

The three teenagers are Becca (Whitney Peak from the “Gossip Girl” sequel), Cassie, and Izzy. More cast members have been announced for Halloween: Original Hocus-Pocus cast Doug Jones returns for the sequel to resume his role as Billy Butcherson.

With the announcement of the second film, Disney also revealed the new stars who will be joining the sequel of the 1993 family fantasy film. Disney+ published a video on its official Twitter handle with the list of celebrities joining the franchise. These includes:

Disney announced the sequel to the iconic movie in 2019, but it is not yet confirmed if Midler, Parker, and Najimy will return for the sequel and reprise their roles until this May.

Anne Fletcher will direct the sequel, while Shankman will serve as the executive producer alongside Ralph Winter.

The original movie starred Midler, Parker, and Najimy as its main characters. The story was about three sisters who were resurrected 300 years after the Salen witch. The second installment is scheduled to release on Disney Plus in 2022.