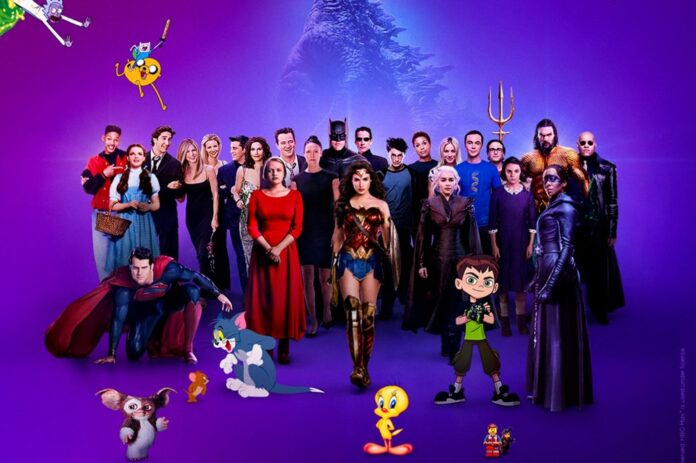 You must be a fan of HBO if you enjoy binge-watching some of the best series of all time. HBO Max™ was released in 2020 to deliver the finest quality video streaming experience, giving its fans some of the best high-quality shows and movies to watch together with all the bundles of the good old HBO.

Many TV cable providers offer affordable bundles and packages that come with an HBO Max™ subscription such as Xfinity TV. Thus, it has become easier and more accessible than ever to watch your favorite movies and shows and get introduced to some of the latest binge-watch shows. If you’re searching for some of the most famous episodes and movies to watch in 2022, keep reading because we’ve compiled a list of some of the latest and upcoming HBO Max™ shows and movies for you.

If you have watched the suicide squad and loved the thought of the peacemaker having his own series, James Gun has got your back with his Covid-19’s fun project, the Peacemaker starring none other than John Cena. The superhero’s fight for peace is amazingly sarcastic yet enjoyable at the same time. Season 1’s eight episodes are among the most popular and well-received binge-watches of all time, with a Rotten Tomatoes rating of 94 percent. If you are a fan of muscles, fight, humor, and of course John Cena then this show might be your favorite binge-watch of the year.

If you are looking for some high school series with a whole lot of drugs and parties, the Emmy winner Zendaya has done you an amazing performance playing the role of Rue, a fresh out of rehab- high schooler having no intentions of sobering up any sooner. The main character Rue tries to fit into the “normal” high school life but it would have been boring to watch so she bonds with a new girl Jules and there you go, a roller coaster of a relationship. As sarcastic as the story might have sounded, the show has provided us with some of the best cinematography on TV of all time giving us another proof of Zendaya’s Emmy-winning- acting.

Prepare to take off with the flight attendant’s upcoming season 2. The show, after receiving a very positive response from the fans, is coming with another mystery for the lovers of a thriller with a hint of comedy-drama. The series’ season 1 was based on the novel with the same name starting with the protagonist, Kayli Cuoco, a drunk flight attendant whose life gets all upside down when she wakes up with a dead man lying right by her side. Buckle your seatbelts as the flight attendant team is reportedly coming up with another amazing mystery ready to hit the charts once again.

Raised By the Wolves

Raised by the wolves is an American Sci-fi TV series released first in 2020 and now, the creator Aaron Guzikowski is coming up with another season in February thanks to the positive reviews of the first season. The story revolves around an android couple tasked with raising earth children after the Great War that destroyed the Earth. This Sci-fi comes up with some important social issues of our age like the difficulty of dealing with different beliefs of humans that tear them apart.

This upcoming series revolves around the protagonist Vladimiro, a crazy guy who has had enough with his family and starts living in a bunker in the basement of his house. The real story starts when crazy stuff starts happening in the bunker involving Vladimiro in strange situations which are more interesting to him than his family! It seems to be a great binge watch for you if you love thriller, action, and a bit of comedy all packed together in a single series.

The action-lovers can never get enough of Batman and that’s pretty clear to Matt Reeves who is coming up with another project based on America’s all-time favorite superhero. The 30-year-old not yet experienced crime fighter, Bruce Wayne comes across corruption cases in Gotham city which he finds out are related to no one other than his own family. The Batman is waiting to be premiered soon to amaze the fans once again with the amazing performance by Robert Pattison. So mark your calendars for this upcoming action-filled movie releasing on March 4th.

Fantastic Beasts: The Secrets of Dumbledore

Fantastic Beasts and Harry Potter fans, get ready for the third most-awaited movie with all your favorite characters like Albus, Jacob, and Newt. In this upcoming prequel, they are ready to take over the century’s most dangerous wizards with the Harry Potter nostalgia and the excitement of the new secrets of Dumbledore. Moreover, with Johnny Depp being resigned by Warner Bros, you’ll be introduced to Mad Mikkelsen as the new Gellert Grindelwald with no less charm than before.

HBO Max™ has hardly ever failed to entertain us with its high-quality shows and movies and it will be continuing its legacy this year as well. We have compiled a list of the latest and upcoming shows and movies that are a must-watch in 2022. So, get your HBO Max™ subscriptions now if you haven’t yet with some of the widely available TV Cable packages and bundles such as Xfinity tv and enjoy an amazing video streaming experience.