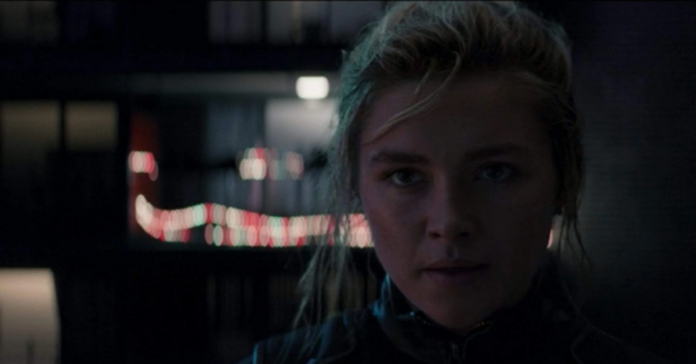 In the Marvel movie Black Widow, a film set after Captain America Civil War events focused on Natasha Romanoff, we know the character of Yelena Belova. She is a trained assassin in the Red Room who is almost like a sister to Natasha. Given her role in the Marvel movie and comics, it looks like she could become the star of a hypothetical sequel.

In the comics, Yelena is trained in the red room, where Natasha also had to suffer at 15. Her role is to replace traitor Natasha, who has joined Russia’s sworn enemy, becoming one of the Avengers.

Yelena: Who’s She In The Comics?

Before we talk about her character in Hawkeye, let’s talk about what the comics say about her. She was born in Kyiv in Ukraine and initially refused the role of Black Widow because she did not feel up to Romanoff. However, he changes his mind because his coach, like a father figure, is found dead in a nightclub.

Throughout her history, she confronts Natasha several times, losing to most of them. SHIELD hired her for a mission in the Wild Land, where dinosaurs and prehistoric animals, mutant humanoid tribes live for a short time. Here she is injured by Sauron, a pterodactyl mutant. HYDRA later contacts her, promising her the super adapted serum to give her revenge against the New Avengers, but she fails and is detonated.

Yelena is then found hibernating in perfect condition in a SHIELD repository in the comics. So Natasha Romanoff assumes her appearance infiltrates the Thunderbolts. Precisely this storyline, they hypothesized that in reality, it was Yelena and not Natasha who sacrificed herself in Endgame because the real Natasha would have taken her appearance, just like in the comics, and the two would have swapped.

At the end of Black Widow, we see Yelena in a cemetery, on the grave of her late sister. She is intercepted by Valentina Allegra de Fontaine, who informs her that Clint Barton is responsible for Natasha’s death. Now the girl has a task to track down Hawkeye and avenge Romanoff, using her Black Widow skills.

In December 2024, in a black dress and night vision goggles, Yelena travels to New York City, where she has retraced Clint Barton. The girl ambushes the Avenger on the roof of a building overlooking an apartment complex, including Maya’s, and begins to fight him.

But Yelena Belova is surprised that Clint Barton is not alone when Kate Bishop shows up on the roof. Clint manages to tear off his disguise, revealing Yelena’s face, but when he can talk to her, the girl stuns him. So Kate points her bow and arrows but fails to hit her and lets the Belova escape.

Clint does not seem to know Yelena’s identity and speaks of her as an established Black Widow to hunt him down.