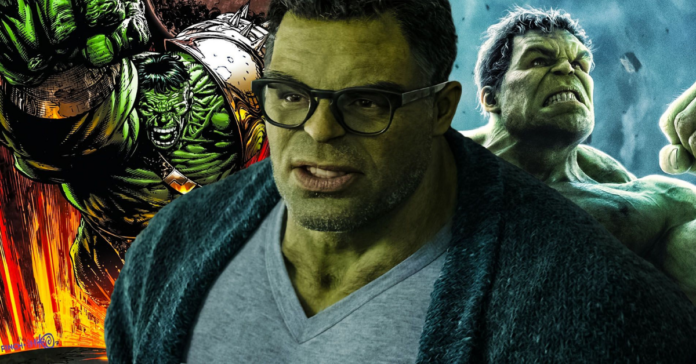 It looks like Mark Ruffalo’s long-awaited Hulk-centric solo film could start production as early as 2022, which is likely to be set after She-Hulk, one of the upcoming Disney + series. The World War Hulk comic story may finally be on the way.

According to reports, Marvel would have obtained the rights from Universal to use the Hulk in a standalone film. The story should centre around the 2007 World War Hulk comic, drawing inspiration from this story. Earlier, there was talk of World Wark Hulk being in development, and now another rumour has arrived.

The last time we saw Bruce Banner was in Thor Ragnarok, then in Infinity War, where the Hulk refused to fight and hid in the body of Bruce, who then fought with the Hulkbuster. Later in Endgame, we met the character in a new role, namely that of Professor Hulk. Mark Ruffalo has therefore found more space lately in the shoes of a more sedate version of his Hulk, but it may be time for his standalone.

World War Hulk: When Will It Release?

According to rumours, the World War Hulk film should be released between 2024 and 2025, pre-production in 2022. We currently have no information regarding the contracts between Disney and Universal, but the latest updates reported that the Hulk and the character of Namor belonged under contract to Universal. Disney could draw on the character of the Hulk only in films where he is not the protagonist but only part of a choral story. We do not know if things have changed, if it is outdated news, and if Disney is back in possession of the Hulk.

World War Hulk: What Is The Plot?

To those who are not fans of Marvel comics, this might be something new. The World War Hulk story is a sequel to Planet Hulk, similar to Thor Ragnarok. Here the Illuminati, composed of Doctor Strange, Iron Man and Reed Richards, send the Hulk away from Earth because he is too dangerous and exile him. So he becomes a gladiator on this planet and gets married without ever going back to being like Bruce Banner. During his stay, he also frees all the slaves of the planet and becomes their leader. However, the Illuminati planted a bomb in his spaceship, which exploded, killing his wife. These events bring the Hulk to Earth to destroy the Illuminati and kill everyone.

World War Hulk then shows an evil protagonist who must be stopped. Will this be the direction that this alleged film will take? Will Mark Ruffalo be playing the Hulk character?