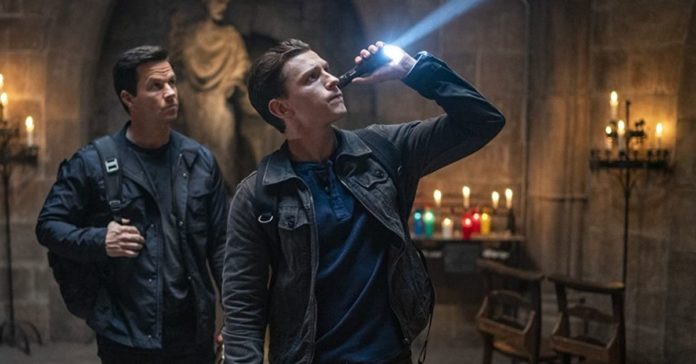 After a long wait, finally, we can see the trailer of the film Uncharted. The video shows Tom Holland (although Chris Pratt was initially considered ) and Mark Wahlberg in action. If you still don’t know what it’s about, under the video made available by Sony Pictures, we can read the synopsis:

Based on one of the best-selling, most critically acclaimed video game series of all time, Uncharted introduces audiences to the young street-smart Nathan Drake (Tom Holland) and showcases his first treasure hunting adventure with wisecracking partner Victor “Sully” Sullivan (Mark Wahlberg). In an action-adventure epic that spans the globe, the two go in the dangerous pursuit of “the greatest treasure ever found” while tracking clues that may lead to Nathan’s long-lost brother.

Within the cast of the Uncharted movie, as we can also see in the trailer, we note the presence of Sophia Ali in the role of Chloe Frazer and Antonio Banderas. Tati Gabrielle ( Chilling Adventures of Sabrina ) will play the role of Braddock.

Uncharted: Do We Have A Release Date?

Audiences were initially supposed to enjoy the action film on July 16, 2021, at least in the United States. Later, however, they moved it to February 22, 2022. The date has just been announced.

For the moment, we have to settle for the Uncharted trailer. We will update you as soon as we know more. Continue, in the meantime, to follow us so as not to miss much other news.

Uncharted: What Is In The Plot?

The film is directed by Ruben Fleischer and was written by screenwriters Art Marcum and Matt Holloway. Instead, the production is entrusted to Columbia Pictures, which has worked together with Atlas Entertainment, Avi Arad, and even PlayStation Productions. Leading producers include the names of Ari and Avi Arad, Alex Gartner, and Charles Roven.

The idea of ​​making a film about the Uncharted saga has been going on for several years, and initially, the director of the film was to be Neil Burger, who then left to take care of Divergent. Tom Holland was also not the first actor to be considered to bring the character of Nathan Drake to the big screen. One of the actors in talks for the role was Chris Pratt.

But what is Uncharted about? We bring you a brief plot. The film is a prequel to the history of video games and will follow the origins of Nathan Drake, played by Tom Holland, a hunter who claims to be the descendant of the black corsair Francis Drake. Joining him is Victor Sullivan, played by Mark Wahlberg, Nathan’s mentor, who becomes almost like a father figure.