Tom Holland Will Play Fred Astaire In A Biopic? 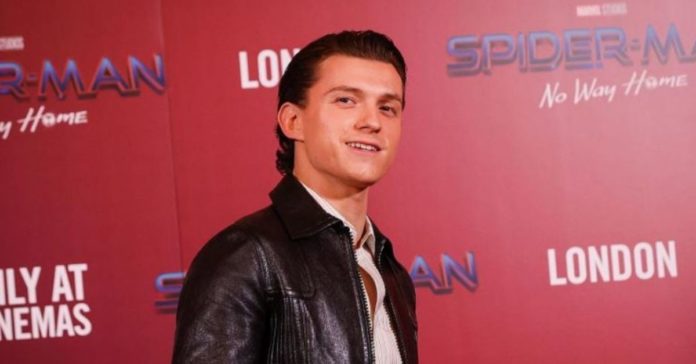 The star of Spider-Man, Tom Holland, conquers the world of cinema and soon will exchange its

webs with some dancing shoes. The actor will play the legendary performer, dancer, and singer

Fred Astaire in an upcoming biopic dedicated to him, made by Sony.

In a recent interview for GQ, producer Amy Pascal joked that she wanted Holland to play Fred

Astaire in the biopic while also talking about the upcoming Spider-Man film trilogy. Although it was a joke, confirmation came from Tom Holland himself during a subsequent interview with AP.

The actor has revealed that he will play the iconic entertainer in the film, which is still in its early

stages. “The script arrived a week ago,” said Tom Holland. “I haven’t read it yet; they didn’t give it to me.”

given his background as an artist. The actor began his acting career on the London stages, playing the lead role in Billy Elliot the Musical in the West End from 2008 to 2010.

Holland’s Dancing Skills Have Been Defined!

How not to forget the now historical clip of Tom Holland performing during a Lip Sync Battle in 2017, making lip sync and dancing to a mashup of Rihanna’s Singin in the Rain and Umbrella. With this performance, the whole world could get to know the actor’s dancing skills.

Considered one of the greatest folk music dancers, Fred Astaire has starred in more than 30

musical films. He also had his theatrical career on Broadway and the West End for seven decades. The artist is usually remembered for his performances with Ginger Rogers, who starred in several films.

Many would like Zendaya to play Rogers in the movie, given that the two Spider-Man actors are now a couple. However, it has not yet been revealed who will play the dancer and actress.

The Tom Holland film isn’t the only Fred Astaire project in the works. Jamie Bell, who coincidentally played Billy Elliot in the 2000 Oscar-nominated film, will play Fred Astaire with Margaret Qualley as Ginger Rogers in an upcoming movie for Amazon Studios and Automatik.

Currently, Tom Holland is focused on Spider-Man No Way Home, which will release in our cinemas on December 17. Soon he will be back on the big screen with the Uncharted movie, where he plays the protagonist.