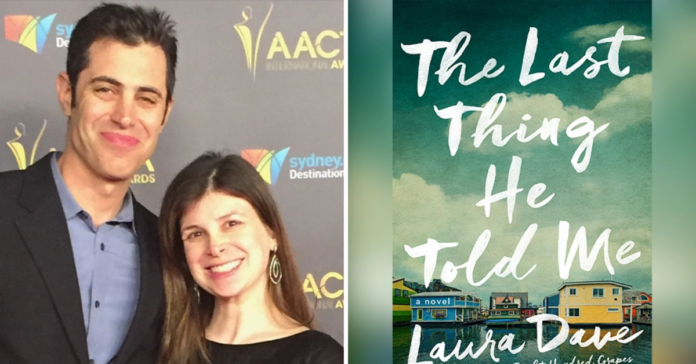 The Apple TV + series “The Last Thing He Told Me” is about Hannah looking for her missing husband. It has now been announced that Jennifer Garner will take on the lead role from Julia Roberts.

“The Last Thing He Told Me” is an upcoming Apple TV + series based on Laura Dave’s bestseller of the same name. The series is about a woman who develops an unexpected relationship with her 16-year-old stepdaughter while they work together to find her missing husband and father.

The Last Thing He Told Me: Start.

So far, streaming service Apple TV + has not yet announced a start date for the new series. This is not surprising as the series is still in the early stages of production.

The Last Thing He Told Me: Plot.

One day Hannah Hall’s husband, Owen Michaels, disappears without a trace in “The Last Thing He Told Me.” He leaves her a message: “Protect her.” He is referring to his 16-year-old daughter Bailey. But she doesn’t want to have anything to do with her stepmother.

When the FBI arrests Owen’s boss and a US marshal, and a federal agent shows up unannounced at her home in Sausalito, Hannah realizes that Owen is not who he claims to be. Bailey appears to be the key to her father’s true identity and his disappearance. Hannah and Bailey, therefore, go on a search for the truth together.

The Last Thing He Told Me: Trailer.

Since the production of the series is still in its infancy, there is, of course, no trailer yet. If a trailer is available, you can find it here.

The Last Thing He Told Me: cast.

Jennifer Garner (“30 Overnight”, ” Camping “) will be seen in the role of Hannah Hall , as reported by the US magazine Deadline . Initially, Julia Roberts (“Pretty Woman,” ” Homecoming”) was slated for the role. However, due to scheduling difficulties, Roberts had to cancel. No other actors are known yet.

The Last Thing He Told Me: Production.

The series is based on the bestseller “The Last Thing He Told Me” by author Laura Dave. The book became an instant bestseller when it was published on May 4th. It was on the New York Times bestseller list for more than six months and has sold more than 1.3 million copies. With that, he’s well on the way to becoming one of the best-selling novels of 2021. It is available in 32 countries.

The series was created by writer Dave and her husband, Josh Singer (“Spotlight”). The series is produced by Reese Witherspoon’s company Hello Sunshine. In addition to Witherspoon, Lauren Neustadter, Garner, Dave, and Singer are executive producers on The Last Thing He Told Me.