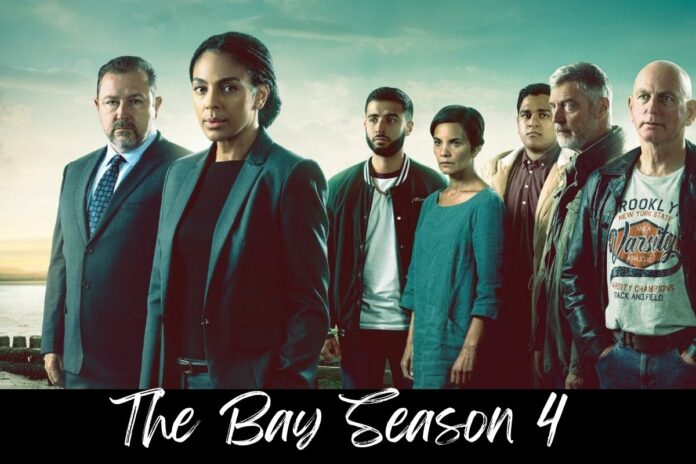 The Bay, an ITV thriller, has been renewed for a fourth season, with DS Jenn Townsend poised to reprise her role in another seaside mystery.

Marsha Thomason made her debut as the drama series’ new star in the new season, as incoming family liaison officer DS Jenn Townsend, who inherits the difficult patch previously managed by DS Lisa Armstrong (Morven Christie), who led the cast in the previous two seasons.

“I’m happy that we will be returning to Morecambe for another series of The Bay,” ITV’s Head of Drama Polly Hill remarked of season 4. As DS Jenn Townsend, Marsha Thomason gave an outstanding performance, and it will be fascinating to see where Daragh takes her character in Series 4. Thank you to everyone at Tall Story Pictures for developing such a unique series and continuing to deliver it.”

“We are happy at how The Bay audiences have taken to new FLO, DS Jenn Townsend, played by the excellent Marsha Thomason, and how Jenn’s introduction and her personal storyline has injected new life into the program,” Catherine Oldfield, Executive Producer of Tall Story Pictures, said. We’re excited to get started on the new series.”

Yes! Season 4 of The Bay will begin filming later this year, with more casting news to come.

Daragh Carville, co-creator and co-writer, previously told RadioTimes.com and other media: “We’d be delighted to return. The show is always envisioned as a recurring series.

“You can definitely tell by the way we’re talking about it that we’re all quite invested in these characters and the show’s environment. So, while we’d love to return, the decision is ultimately in the hands of the audience, so let’s see how they react.”

Marsha Thomason, who starred in Cobra, will reprise her role as DS Jenn Townsend, a family liaison officer. Morven Christie, who will not be returning to the series, was replaced by her.

Will Marsha Thomason make a comeback?

Marsha Thomason, the current star, is anticipated to return for the fourth season of The Bay. Morven Christie, who played detective Lisa Armstrong in the first two seasons of The Bay, was replaced by Thomason, who had acted in the US drama Lost.

Thomason, who resides in LA and was in the UK when filming The Bay, told Digital Spy she’d be interested in resuming her part on the show.

“I had so much fun shooting it,” Thomason stated. “We were filming it with COVID, which made things a lot more difficult. Despite our masks, we still managed to have a good time… Hopefully, a fourth season will be produced, and we won’t have to wear masks!”

What was the total number of episodes in Series 3?

Series 3 of The Bay had six episodes, much like Series 1 and Series 2. A fourth series would most likely have the same number of episodes as the previous three.

Season 4 of The Bay has yet to have a trailer. This page will be updated as needed. The most recent edition of Radio Times is now available for purchase; subscribe today to receive each issue delivered to your door. Listen to Jane Garvey’s Radio Times podcast for more from the biggest TV stars.

The Bay’s most recent season was filmed over the summer of 2021 and premiered in early 2022; series 2 and 3 aired in January and February, respectively, thus series three is anticipated to follow suit in 2023.