The Journey-inspired trailer will get you excited for Season 4 of the beloved Netflix series about 1980s youngsters who are fighting mysterious forces.

Stranger Things hasn’t had a new episode since before the outbreak, which was in July of this year. It’s no wonder that fans have been eagerly anticipating the release of footage from the upcoming fourth season.

Season 4 Part 1 will be available on Netflix on May 27, with the second half following on July 1. A trailer for the upcoming season was released on Tuesday. It’s also likely to give fans the creeps.

Dr. Sam Owens (Paul Reiser) is seeking help from a powerless Eleven (Millie Bobby Brown) in “a conflict” that threatens her pals back in Hawkins, Indiana, according to the atmospheric trailer, which is set to the 1983 Journey song Separate Ways (Worlds Apart). Jim Hopper (David Harbour) is having a difficult time in a Russian prison, where he appears to be forced to fight a Demogorgon. We also get a glimpse of what appears to be the season’s major antagonist, a seemingly sentient being that resides in the frightening parallel world known as the Upside Down.

An strange streaming video put up to promote the show allowed fans to count down the hours until the trailer was released. The Creel Clock, a tall, frightening grandfather clock, was the subject of the video. The Creel House, which was the scene of a horrible murder, will play a part in the upcoming season.

Several brief teaser videos, four teaser posters, and still pictures from the upcoming season were released prior to the trailer. The Creel House, complete with clock, was included in one of the teasers.

The 1950s family who moved in while the house was in better form appears to have met a bloody end, and modern kids can’t seem to stay away from the gruesome location.

When Stranger Things first aired on Netflix in 2016, it enthralled audiences. The episode opens with the disappearance of a young boy called Will Byers in the little town of Hawkins in the 1980s. Hawkins National Laboratory researchers have opened a portal to the eerie Upside Down and are testing it on a group of children. Eleven, one of those youngsters, manages to flee and befriends Will’s gang.

Two more seasons have shattered the original gang, with Hopper presumably dying (but ending up in Russia), and Joyce Byers moving out of Hawkins with her own family and Eleven. Season 4 takes place in 1986.

In homage to 1980s musicians and film composers such as Jean-Michel Jarre, Tangerine Dream, Vangelis, Goblin, John Carpenter, Giorgio Moroder, and Fabio Frizzi, it makes considerable use of synthesizers. 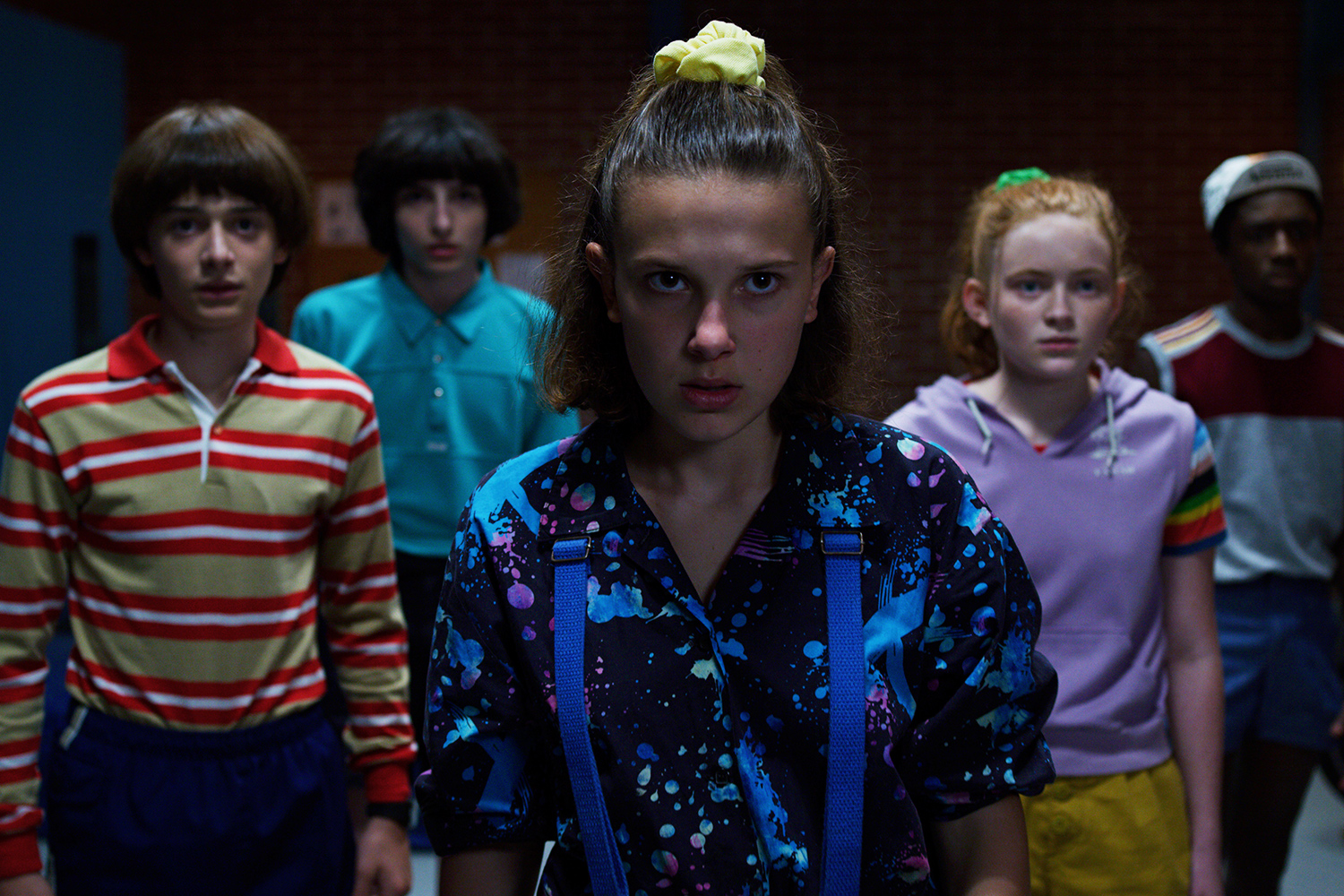 The Duffer Brothers, according to Stein and Dixon, were fans of Survive’s music and incorporated their song “Dirge” in the faux trailer used to pitch the series to Netflix. Survive is featured on the soundtrack of the 2014 film The Guest, which was discovered by the Duffer Brothers.

The Duffer Brothers approached Survive in July 2015 after the series was green-lit, asking whether they were still doing music; the two offered the production team with dozens of songs from their band’s past to pique their curiosity, which helped them earn the position.

Once on board, the two collaborated with producers to adapt some of their older songs for the show, as well as create new music based on character motifs. Because the two were hired prior to the casting process, their motif demos were used and played over the actors’ audition tapes, assisting in the casting process. 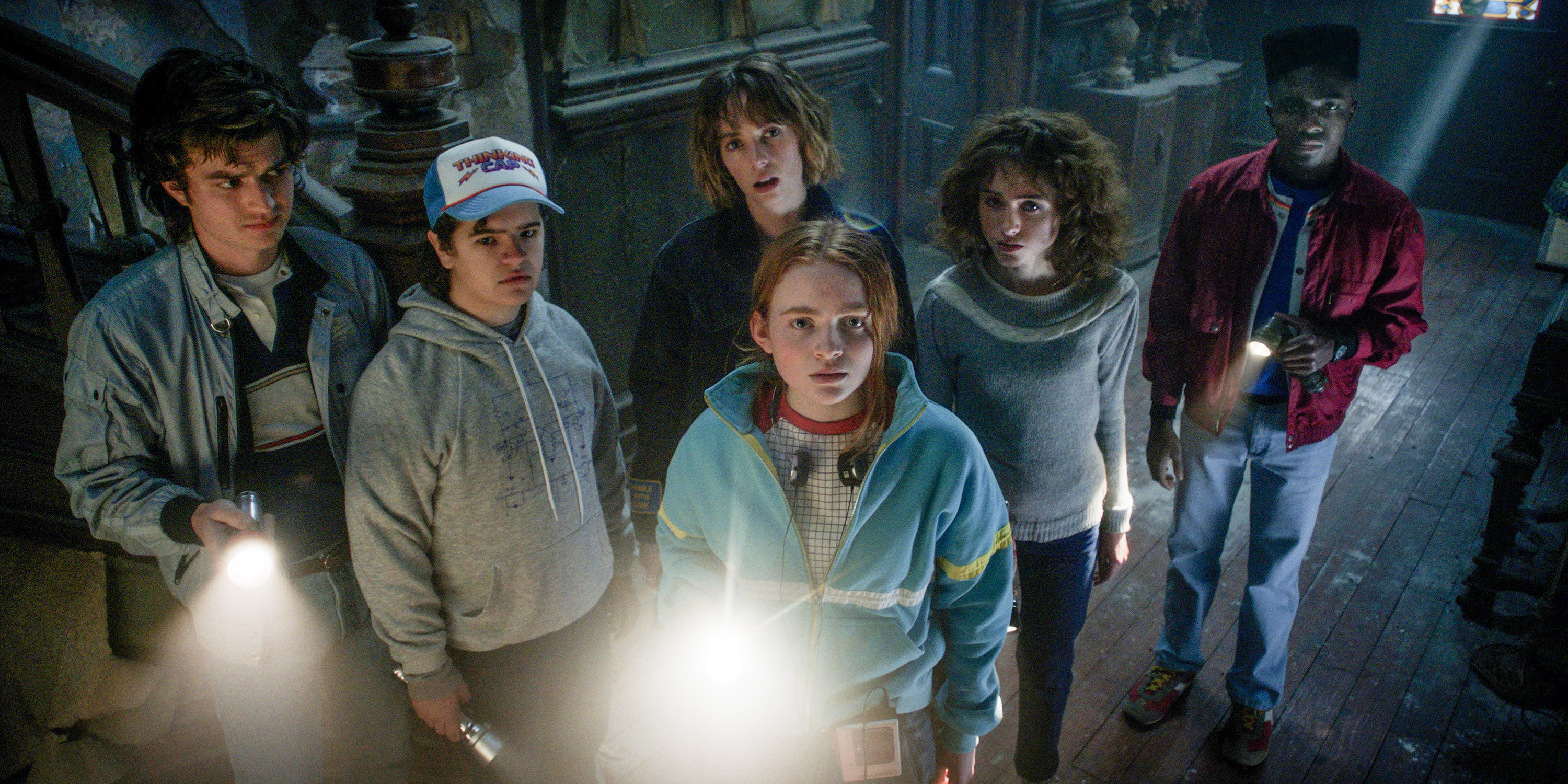 The series’ theme is based on an earlier unused piece by Stein that came up in the library of work they shared with the production staff, who believed it would be ideal for the opening credits with some reworking.

Stranger Things includes songs from the Clash, Joy Division, Toto, New Order, the Bangles, Foreigner, Echo and the Bunnymen, Peter Gabriel, and Corey Hart, as well as fragments from Tangerine Dream, John Carpenter, and Vangelis, in addition to original music.

“Should I Stay or Should I Go,” by the Clash, was chosen to play at key points in the plot, such as when Will is attempting to connect with Joyce from the Upside Down.