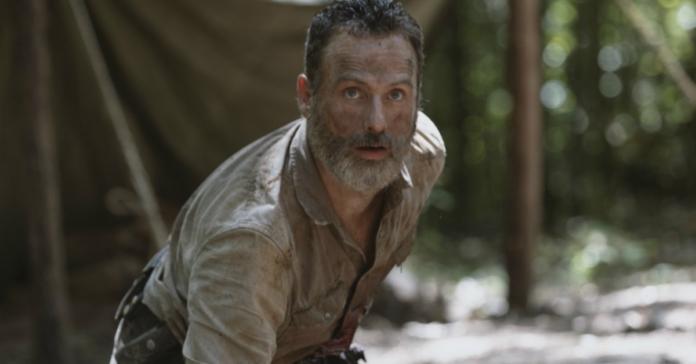 “The Walking Dead” fans know, of course, that the plot of the AMC series differs significantly from the already-completed comic model. There is no such thing as Daryl in the comics, but Carl stayed with us until the end, and Rick stayed with us at least until the penultimate issue.

In AMC’s “The Walking Dead” universe, Rick’s whereabouts are a great mystery. Since season 9 actor Andrew Lincoln has not appeared in the series, Rick is considered missing and announced films clarify his fate.

So it is at least possible that Rick will survive the zombie apocalypse, should this end-times scenario end at some point. He wasn’t granted a happy ending in the comics but a second chance in an alternate reality.

It all started in 2010 with the 75th comic book edition of “The Walking Dead”. Rick’s group had arrived in Alexandria, and at the end of the booklet, Rick was knocked unconscious by Michonne. An alternate ending was not part of the official TWD canon and was only intended as a joke by creator Robert Kirkman.

Here Rick wakes up in a hospital bed, just like he did in the first “The Walking Dead” issue. There he discovers that the hand he had previously lost has been replaced by a robotic hand.

Michonne later explains to Rick that he suddenly disappeared three weeks ago and that aliens appeared on Earth a few days later. They identified themselves as pulling the strings behind the zombie apocalypse and now want to use the last remaining people as slaves to collect water for them.

Michonne is killed shortly afterwards by the governor, who has become a cyborg. He gives Rick the choice of joining him or dying.

Many readers did not initially realize that this chapter was a winking bonus; they thought the alien storyline was the actual sequel. A successful joke that continued in 2021.

With the comic series “Rick Grimes 2000”, Robert Kirkman continued to tell the story of Rick’s spasm against the cyborg governor and the aliens. The official “The Walking Dead” series had long been completed, and “Rick Grimes 2000” was only planned as a short storyline with five parts from the start.

It would be entertaining for former “The Walking Dead” fans who haven’t actively followed the series for a long time if the upcoming Rick Grimes films also tell of an alternative zombie reality.

However, nobody should rejoice too soon. After all, it would be far too significant a risk to dedicate the first TWD films to an alternative alien timeline. Such jokes can be implemented much faster and cheaper than a comic. In the cinema and television, we will probably stay true to the well-known zombie story.