Mariah Carey Returns To Apple TV+ With A Christmas Special 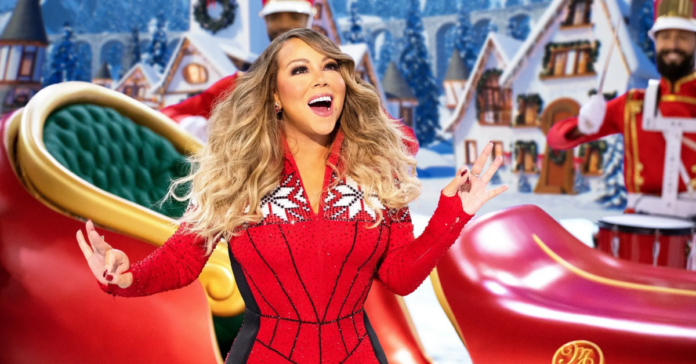 Mariah Carey is returning for the second time in a row for an AppleTV + Christmas special and will exclusively perform her new single “Fall In Love At Christmas” with two-star guests.

Christmas is already lurking around the corner, as is Mariah Carey. The superstar will appear as part of the Christmas special “Mariah’s Christmas: The Magic Continues” from Apple TV +. It is the second time in a row that the singer has taken part in an Apple TV + Christmas show.

Khalid And Kirk Franklin Are Also There

Fans of Mariah Carey can let their joy reign: The well-known singer will exclusively perform her new single “Fall in Love at Christmas” together with the successful singers Khalid and Kirk Franklin.

This year’s special follows “Mariah Carey’s Magical Christmas Special,” which was released on the platform at Christmas time last year. This is still online and available to all users and fans of the singer.

What Is Mariah’s Christmas: The Magic Continues?

The second installment of Mariah’s Christmas special on Apple TV+ is executive produced by Carey herself. Moreover, it will be directed by Joseph Kahn.

Currently, the story for the second-holiday special is not revealed by the streaming giant, but it is due to release globally on Apple TV+ in December 2021. Once an official release date is available, we will be the first to let you know regarding the same.

‘Mariah’s Christmas: The Magic Continues’ Is A Trailer Available?

As of now, a trailer for the upcoming ‘Mariah’s Christmas: The Magic Continues’ has not been revealed by the makers. Once the information is out in public, it will be updated here.