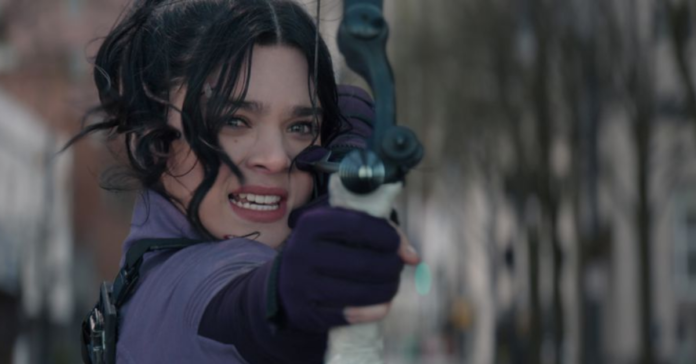 In “Hawkeye,” Kate’s stepfather, Jack, is introduced as seedy. He’s hiding something, but is he the big villain of the Disney + series? The Marvel Comics reveal that.

The first two episodes of “Hawkeye” are available to stream on Disney +. Clint (Jeremy Renner) and Kate ( Hailee Steinfeld ) have encountered the tracksuit mafia in these two episodes. With Maya Lopez alias Echo, they have a first villain to compete with. But is the real villain hiding in Kate’s family?

Actor Tony Dalton plays slimy, mustached Jack Duquesne who wants to marry Kate’s mother Eleanor (Vera Farmiga). He is staged from the outset so that he is involved in criminal machinations and hiding things. Did he murder his uncle Armand III? Why is he so skilled with the sword?

Marvel Comics provides clues as to what Jack’s role will be like in the Marvel Cinematic Universe. So if you want to watch “Hawkeye” with an open mind, you should watch out for spoilers from now on.

Who is Jack Duquesne in Marvel Comics?

In Marvel Comics, Jack Duquesne is known by the superhero alias Swordsman. However, like Echo or Yelena Belova, he is not always a hero but also a villain. That changes as history progresses. However, he starts his career as a villain.

When Clint Barton was a poor boy before he became Hawkeye, he met Jack at a fair. It was there that Jack practically became his mentor, and Clint took his first steps as a marksman. However, when Clint catches Jack stealing, Clint betrays his former friend and mentor to the police.

When Jack meets Clint years later, he is the supervillain Swordsman and is supposed to infiltrate the Avengers for the Mandarin as a double agent. However, he becomes an actual member of the Avengers and falls in love with Mantis from Guardians of the Galaxy. In the fight against Kang the Conqueror, he sacrifices himself for his beloved.

Hawkeye: We find these parallels between series and comics.

Just like in the comics, Jack is an excellent swordsman. Otherwise, we have so far few parallels to the comic book. However, that can change. Nevertheless, a shared past with Clint would still be possible, but not as a mentor.

For example, Jack could have romped around the fair with Clint when he was a child, instructed by the same mentor. Clint may have finally betrayed his former friend Jack to the police. So Jack would have a personal connection with Kate and a private account with Clint.

We’ll probably only find out in the upcoming episodes in the Disney + novelty program whether this will happen in the series, but Jack will become a villain. However, whether he is the main antagonist or someone is still hiding in the shadows remains to be seen.

So far, Marvel Phase 4’s Disney + series followed the trend of not revealing the villain until later. So it was in ” WandaVision ” and in ” The Falcon and The Winter Soldier. “ in” Loki” the real identity of the main villain wasn’t revealed until the very last episode.