HomeEntertainmentHarry Potter: A New Film From Director Chris Columbus Might Be On...
Entertainment

Harry Potter: A New Film From Director Chris Columbus Might Be On The Cards 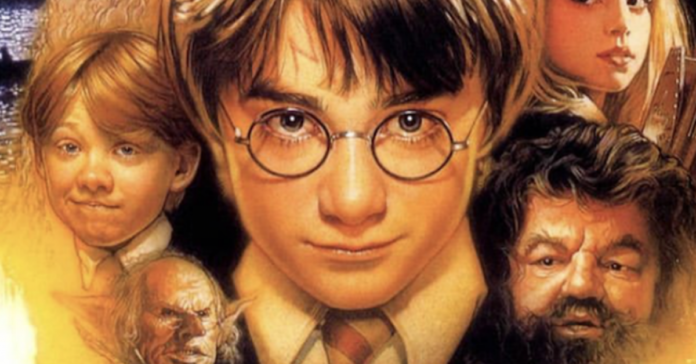 For some time now, there has been talking of a possible film of Harry Potter and The Cursed Child, a sequel to the saga in a theatrical version written by Jack Thorne on JK Rowling, John Tiffany and Thorne himself. Although this story has met with somewhat harsh criticism over the years, it seems that the possibility of making it a film has never been ruled out. Chris Columbus, director of the first two Harry Potter, also recently talked about it, who would like to direct the film The Cursed Child with the original trio: Daniel Radcliffe, Rupert Grint and Emma Watson.

As per the director, Chris Columbus, a film adaptation of The Cursed Child will result in a two-decade jump, which will land the main actors Daniel Radcliffe, Rupert Grint, and Emma Watson at the same age be needing to reprise their roles.

What Is The Cursed Child About?

In this story, Harry, Ron, and Hermione are wizards heading into their forties, with their jobs in the World of Magic and children. Harry has three children with Ginny Weasley: James Sirius, Albus Severus and Lily Luna. Instead, Ron and Hermione, now Minister of Magic, have two children, Rose and Hugo.

Although the beloved universe created by JK Rowling continues to proceed with the Fantastic Beasts spin-off prequel saga, there, therefore, appears to be hope for a film adaptation of the 2016 play. The story also includes a character who has turned up their noses to fans of the saga: Delphi, daughter of Bellatrix and Voldemort. Even Scorpius, son of Draco Malfoy, is one of the protagonists of The Cursed Child.

The nearly two-decade leap in time means that the original stars could technically star in the movie if the film does kick off. This is precisely what Chris Columbus hopes to do, as he revealed in an interview with Variety to celebrate the first film’s 20th anniversary.

“I’d like to direct ‘The Cursed Child.’ It’s a great play, and the kids are now actually of the right age to play those roles. It’s my little fantasy.”

Today Daniel Radcliffe is 32, Rupert Grint 33, and Emma Watson 31, and although their characters in The Curse Child are around 36, there’s nothing a little makeup can’t do. Harry Potter fans already got a taste of what the trio might look like in a more adult version when in Deathly Hallows Part 2, they were aged for the final scene.

The two-part play Harry Potter and The Cursed Child won six Tony’s in 2018, including Best Play. At the time, it also set the record for the highest weekly ticket sale of all time. The show will return to Broadway this month in a simplified one-part production.