Continental: Complete Cast Of The John Wick Spin-Off Is Revealed 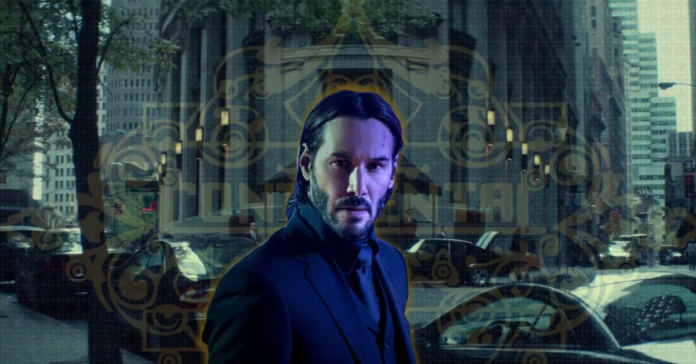 In the “John Wick” prequel “The Continental”, a young man creates a safe place for outcasts and contract killers. Now US broadcaster Starz has confirmed other actors in the series.

The Continental Is The Prequel To The John Wick Film Series.

The miniseries will consist of 3 episodes of 90 minutes each and Albert Hughes will direct two episodes. Peter Greene, Ayomide Adegun, and Jeremy Bobb take on the roles of Uncle Charlie, Charon, and Mayhew in the new series.

Lionsgate and US broadcaster release is bringing out the prequel to the “John Wick” film series with the new miniseries “The Continental”. It is set 40 years before the events of the popular films and shows the young Winston founding the hitman hotel.

The Continental: Is There A Release Date?

The release of the series was scheduled after the official premiere of the film “John Wick 4”, which is currently planned for May 27, 2022, in the USA. However, due to personnel changes, the first broadcast of “The Continental” on Starz is probably not to be expected before summer/autumn 2022.

Since the first release of the series in the USA is planned by Starz, a premiere on Amazon Prime Video can be hoped for. The streaming service has already increasingly taken over series from the US pay-TV broadcaster.

The Continental: Who’s In The Cast?

The first leading role for “The Continental” was cast with film star and producer Mel Gibson (“Mad Max”, “Lethal Weapon”). Gibson will play the character of Cormac, whose role has not yet been revealed in the series.

Colin Woodell (” The Flight Attendant “) takes on the role of Winston Scott in the prequel. In the film series, this key figure was portrayed by Ian McShane (” American Gods “).

The cast also includes Peter Greene (” For Life “) in the role of Uncle Charlie, newcomer Ayomide Adegun as Charon, and Jeremy Bobb (” The First Lady “, ” Jessica Jones “) as Mayhew.

In other roles you see Hubert Point-Du Jour (“The Good Lord Bird”) as Miles, Jessica Allain (“Die Geldwäscherei”) as Lou and Mishel Prada (“Vida”) as KD. Nhung Kate (“The Housemaid”) as Yen and Ben Robson (” Vikings “) as Frankie can also be seen in front of the camera. No details are known about their roles either.

The Continental: What Is The Plot?

The young and at first inconspicuous Winston found the “Continental” hotel together with others, in which all contract killers find shelter if they obey the prescribed rules. It also takes a closer look at the history of the seedy New York society in the 1970s.

The Continental: Is There A Trailer?

There is currently no official trailer for “The Continental”. If something changes in this in the future, you will find out here.

Albert Hughes (“The Good Lord Bird”) will direct two of the three episodes. Alongside him, Chad Stahelski (“John Wick”) will produce the series for The Lionsgate and Starz. Charlotte Brändström (“The Lord of the Rings”, “The Witcher”) is the director of the second episode.