‘After 3: We Fell’ Ending Explained! 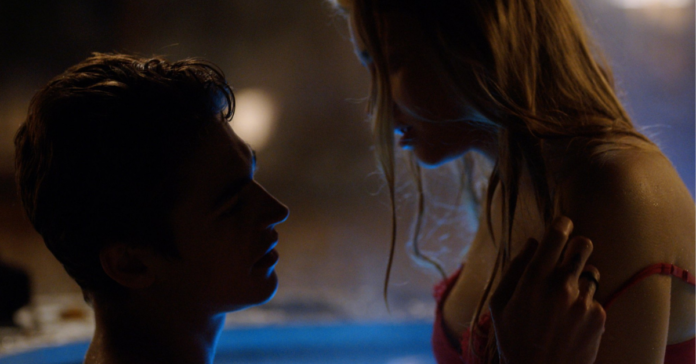 After 3: We Fell was released earlier this October 28 on Netflix, and since its release, fans around the globe have been going crazy over the ending of the film. If you haven’t read the books, here’s the complete ending explained for you.

After 3 begins with the return of Richard, Tessa’s alcoholic father ( Josephine Langford ), who wants to try to restore a relationship with her after years of absence. At first, Hardin ( Hero Finnies ) appears reluctant to the idea but ultimately decides to welcome the man into the house for the sake of his girlfriend.

Tessa, meanwhile, is considering moving to Seattle to continue her job as an editor at the publishing house of Christian and Kimberly, close friends of Hardin’s mom. Tessa’s choice to move puts a lot of pressure on the young man, who has no intention of following her and is afraid of facing the consequences of a long-distance relationship.

To relieve this pressure, Hardin and Richard find themselves drinking together in a bar one night. The situation, however, quickly gets out of hand. Both drunk men find themselves in the middle of a fight, and only Tessa’s intervention puts the situation in order. So, for the sake of his daughter, Richard decides to go away with a friend but promises Tessa to stay in touch with her.

Hardin and Tessa go on vacation with Hardin’s half-brother Landon, Kimberly, Christian, and their son Smith to celebrate their newfound balance. The holiday, however, soon turns into a battlefield due to Lillian and Robert, who awaken the young couple’s jealousies.

Tired of the constant bickering, Tessa decides to leave Hardin and pursue his ambitions. The girl moves to Seattle, where she is welcomed into Christian and Kimberly’s home. Everything goes smoothly for Tessa until, during a gynaecological examination, the girl discovers that perhaps, in the future, she will not be able to have children.

Meanwhile, in their old home, Hardin finds a notebook belonging to Tessa. Reading the notebook, he realizes he has hurt her once again and decides to remedy that situation. So the boy flies to Seattle to make peace with Tessa.

In Seattle, Tessa realizes that she still has feelings for Hardin and that it is impossible for her to stay away from him. Hardin also reveals his intentions to the girl: immediately after graduation, he wants to move to the city to spend the rest of his life with her, making his girlfriend enthusiastic.

But another great news comes when Trish, Hardin’s mother, reveals to her son that she is getting married to her partner Mike. So, Tessa, Harding, Christian and Kimberly fly to London to attend the highly anticipated wedding. Are you curious to find out how After 3 ends?

The night before Trish and Mike’s wedding, however, irreparable happens. Harding is shocked by finding his mother and Christian are having sexual intercourse. The boy goes on a rampage, attacks Christian and runs away. The following day, despite the night before, Trish and Mike still decide to get married. Immediately after the wedding, Christian tries to talk to Hardin, inviting him for a drink.

At the same time, Tessa also approaches Kimberly, disappointed and destroyed by her husband’s betrayal. And it is precisely at that moment that the two discover a shocking secret: the extramarital affair between Christian and Trish has been going on for a long time and Christian Vance is Hardin’s biological father.

The film ends with Hardin and Tessa, shocked by the news, who find themselves in the streets of London and indulge in a long hug. Here’s how After 3 ends. What will happen now? How will the truth affect Hardin’s future? Will the boy move to Seattle for the sake of Tessa? And will Tessa continue to work for Christian Vance? We await the next film for answers.